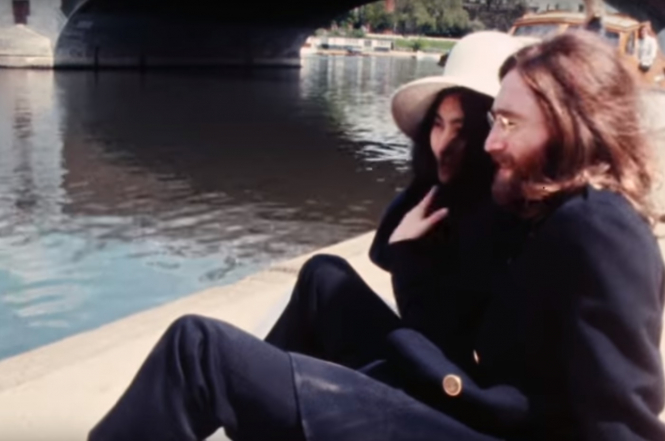 The French capital appeared in the lyrics of 54 high-selling English-language songs released since 1960, the study found, putting it just behind London, which appeared in 102 songs, and well ahead of Rome in 30.

The “Music Mapped” study, compiled by travel agency Celebrity Cruises, analysed 200,000 popular English-language hits from the United States and Britain that appeared on the official Billboard Hot 100 and/or the UK Singles Chart.

Paris was featured in a number of well-known hits, including The Ballad of John and Yoko by The Beatles; Free Man in Paris by Joni Mitchell; Killer Queen by Queen; Wrap Her Up by Elton John; and Passion by Rod Stewart.

In the 1990s, it appeared in Justify My Love by Madonna; Runaway by Janet Jackson; and So What’Cha Want by the Beastie Boys. In the 2000s, it popped up in Paris by The Chainsmokers; Blurred Lines by Robin Thicke, T.I., and Pharrell; and That’s What I Like by Bruno Mars.

American rapper Jay-Z appears especially dazzled by Paris: the city appears in many of his lyrics, including his titles Caught Their Eyes with Frank Ocean; Clique with Kanye West and Big Sean; Mercy with Kayne West, Big Sean, Pusha T., and 2 Chainz; and Smile with Gloria Carter.

Other areas of France were found too. Versailles features in Paul McCartney’s track Beautiful Night and Drake’s hit Diplomatic Immunity.

Bordeaux was also recognised, especially in reference to its wine, which features in the Brad Paisley song Alcohol, and Hit Me With Your Rhythm Stick by Ian Dury & The Blockheads.

In the US, Los Angeles was the second-most-referenced city (87 songs) after New York City, while the name “Hollywood” featured in 66, and the state of “California” as a whole featured on 68.

More recently, American music power couple Jay-Z and Beyoncé famously filmed the music video for their hit Apesh*t in the Louvre art gallery in Paris, but the actual song lyrics did not reference the city or the gallery.