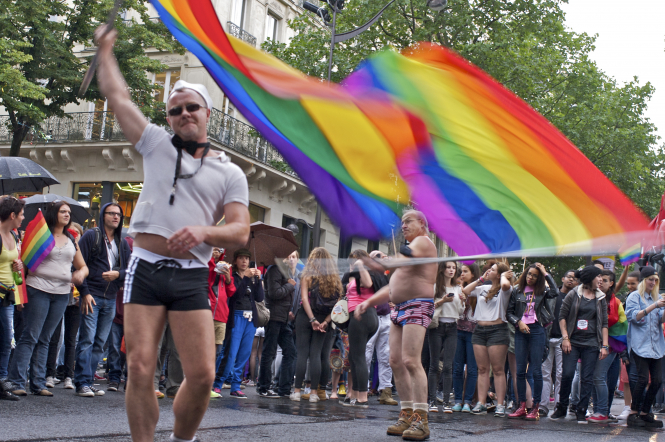 Over half a million people are expected to descend on the streets of Paris today for the annual ‘Marche des fiertés’, or LGBT pride festival.

On the fortieth anniversary of the first gay pride march in Paris, activists are demanding “unrestricted medically assisted reproductive rights”.

A survey released yesterday in France showed that only 44% are in favour of surrogacy for same sex couples, while 59% are in favour of assisted reproductive technology rights being extended to them. Approval ratings are far lower in the over-65 age bracket.

“Hollande made a promise five years ago and until now no change has been made. We don’t want to see another presidential term go by without any progress being made,” said a spokesperson for l’Inter-LGBT. In 2013 same sex marriage was legalised. But the government’s position on reproductive rights for gay couples continues to waver.

France is under a state of emergency due to last until November 2017 and Paris is on security alert for the duration of the demonstration.