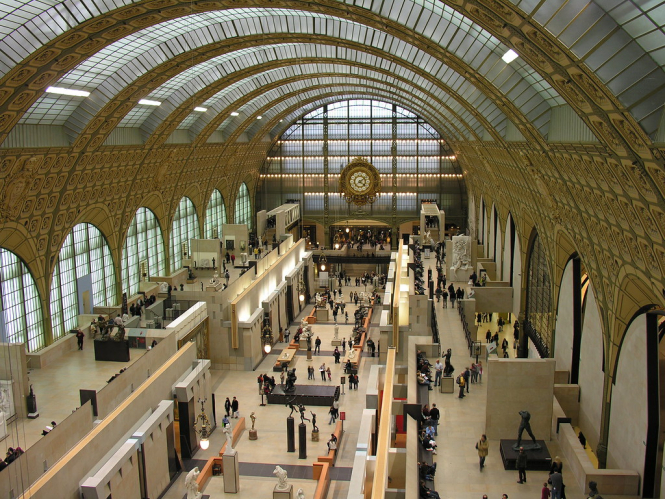 Artist Jean-Philippe Delhomme, who works in both France and the United States, is best known for his humorous cartoons. They have appeared in publications such as Le Monde, Vanity Fair, GQ, Vogue, and The New Yorker.

In his new series for the Musée d’Orsay, Mr Delhomme is set to draw a weekly “Instagram post” that appears to have been shared by one of the museum’s famous artists, as if they were still alive in today’s age of social media.

The tongue-in-cheek designs will be published every Monday. They will highlight the styles of famous works currently on display at the museum, and show the images being “liked” and commented on by other famous masters.

The first of the series shows a sketch of a portrait of French novelist and art critic Joris-Karl Huysmans - whose Instagram name has been rendered as “@JK_Huysmans” - as painted by his friend, impressionist painter Jean-Louis Forain, in 1878.

The caption on the image reads: “Thank you @JL.Forain for my portrait. #MuseeOrsay”. Underneath, a user named “Gervex” - in reference to the French painter Henri Gervex - jokes: “No mean criticism this time?”.

As well as publishing regular takes on the site’s famous works and artists, Mr Delhomme will also visit the museum regularly to speak with visitors and staff, and learn more about its history and atmosphere.

It is the latest move from the museum’s new president, Laurence des Cars, who joined in 2018. She has been noted for her focus on promoting the museum in a new, digital way, and on education and learning.

Since she joined, the museum has opened a new website aimed at young people (named “Les Petits M’O”), as well as launching a children’s art podcast, and creating an online video series named “Une oeuvre, un regard”.

In a statement, the museum explained the artist in residence: “It is about making artists of the second half of the 19th century feel closer by placing them in the interactions of today. The idea is not to desecrate the art, but rather to bring attention to such and such a moment in the biography of the artist, the issues, or a painting; or the bias of fictional or real comments, to evoke feelings and opposing ideas that come up.”

The new designs come after Mr Delhomme’s 2019 book on the same theme (above), called Artists’ Instagrams, which imagined more accounts from masters such as Edouard Manet and Pablo Picasso.

The front cover features a post from the artist Paul Gauguin - famous for his paintings of Tahiti - as a beach photo that is reminiscent of his well-known work, with the caption: “Back to my favourite island!”. More drawings inside show Picasso collaborating with a well-known car brand, and Mondrian painting his IKEA kitchen.