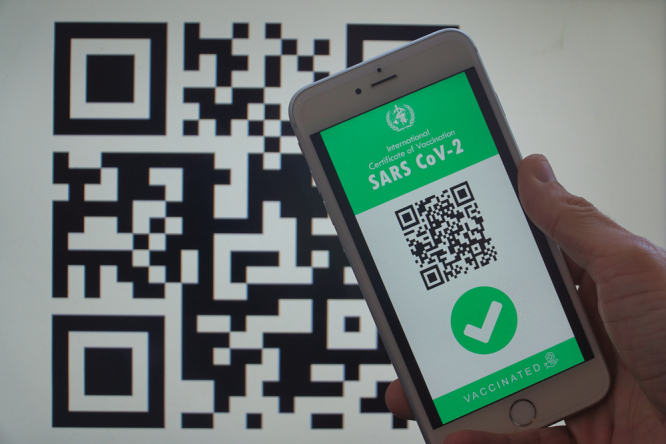 People allegedly came out of the nurse's appointments without having been vaccinated, but still had a QR code vaccination ‘certificate’, apparently so they could travel Pic: Turkfotograf / Shutterstock

A nurse at a hospital in Paris is suspected of creating false Covid-19 vaccination certificates and QR codes in exchange for money.

She had been working at a vaccination centre at the Sainte-Anne hospital in Paris since January. An interim secretary, who was also working at the centre, has left her job, as she is suspected of assisting the nurse in the creation of the false certificates.

The GHU said that “a sharp change in the nurse’s behaviour” had aroused suspicions.

It said that she suddenly had several vaccination appointments scheduled, which she absolutely wanted to take care of personally. The nurse then appeared, allegedly, to “pretend, with the cooperation of the patients, to administer the vaccine”.

People then allegedly came out of the appointments without having been vaccinated, but still had a QR code vaccination ‘certificate’.

A member of staff who worked at the centre, who wanted to stay anonymous, said that the nurse saw “at least a dozen people per day”.

The staff member said: “I saw it happening for about two or three weeks. She asked them to come into her cubicle, and asked her colleague to leave. It turns out, she wasn’t vaccinating people, but she got paid to give them a QR code, mainly so that they could travel abroad.”

The GHU raised the alarm about the alleged fraud to the prosecutor’s office, and officials caught the nurse, allegedly red handed, during her working day last Wednesday (June 2), when she was dealing with a couple.

So far, authorities say the scale of the issue is unclear.

4 ways to get your French online Covid vaccine certificate
Explained: QR code scans and eating inside restaurants in France