Paris streets stuck in confinement... and in 1942 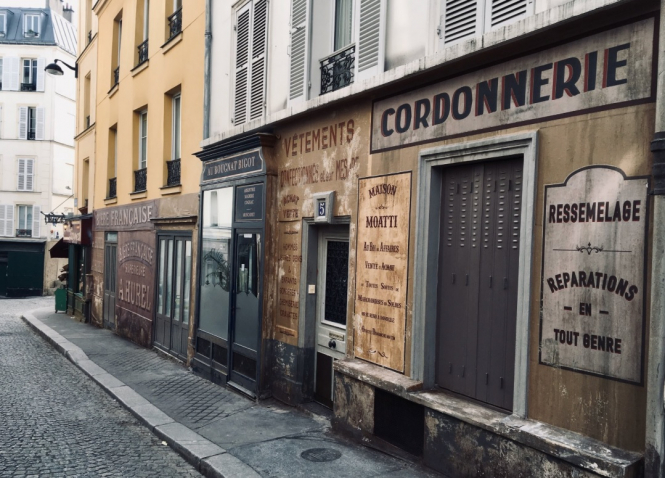 Two streets - Rue Berthe and Rue Androuet, in the 18th arrondissement - had been transformed into wartime Paris for the filming of the Fred Cavayé film, Adieu Monsieur Haffmann - an adaptation of the award-winning French play of the same name.

But filming was forced to stop when the lockdown was imposed from midday on Tuesday March 17, leaving the 1940s decor completely abandoned.

Old-fashioned lettering decorates a traditional brasserie and a hardware shop, while wartime posters left on the walls speak of “Bolshevism against Europe”; implore people to “be quiet” as “talking indiscreetly harms France!”; and celebrate the fact that “Daddy is making money in Germany!”.

Just in case quarantined Paris wasn’t disorientating enough: my neighbourhood was being used as a film set when the lockdown hit. Now the whole block has been left frozen in 1941 pic.twitter.com/TOPHuX5agT

The play - and film - are set in 1942. They tell the story of Joseph Haffman, a Jewish jeweller living in Paris, who asked one of his staff to take over his shop during the Nazi occupation of the city.

The play was nominated for six Molière awards in 2018, and won four.

The film is still scheduled for release in January 2021, but may be delayed if confinement continues to be extended.