Parisians flock to fly over their city 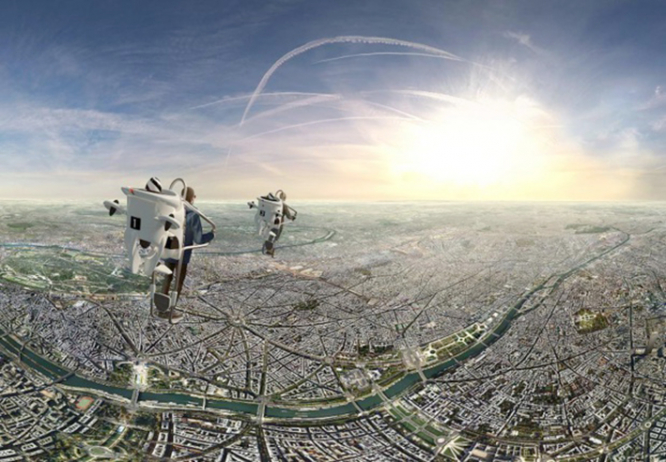 100,000 people – mainly Parisians and not tourists – have tried the ride since it opened last April
By Connexion journalist

FlyView has attracted more than 100,000 visitors since opening last April and boss Arnaud Houette said the numbers surprised him: “I had imagined it for tourists but there are more Parisians than tourists.”

It is often said few Parisians have visited the Eiffel Tower but many have taken the chance to see it from another angle with the FlyView VR jetpack flight.

It took three years and €7million to create the “spectacular” 3D journey across the city.

Many people “would have never imagined they could fly over Paris”, Mr Houette said.

Thanks to seven cameras, two drones and 48 simulators, anyone can “jump” into the sky and discover Paris from another angle for €15 for 13 minutes or €19 for 18 minutes. Visitors “take off” on jet packs from a fictional airport in Quartier de l’Opéra to get an unsurpassed view of monuments such as the Eiffel Tower, Arc de Triomphe and Notre-Dame Cathedral.

The route follows the sights along the Seine but the 18-minute ride has the bonus of a trip to the Great Wall of China.

“It is not a thrill ride, it is a beautiful experience,” says Mr Houette, who hopes to launch his concept in other major cities, including London and New York