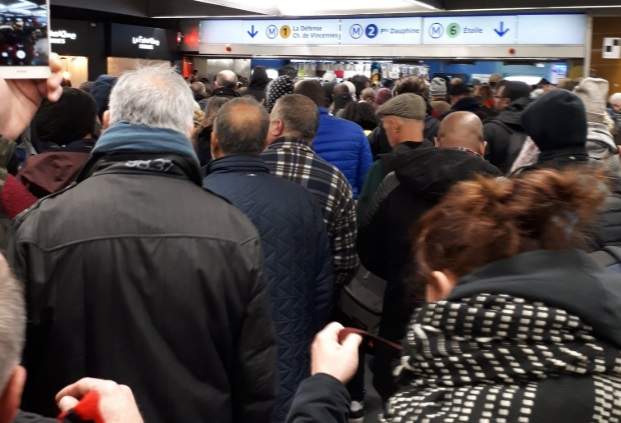 Today marks the ninth day of strikes against pension reform by workers from SNCF and RATP.

Just one in four TGV trains are running, while Eurostar is still currently planning to run "a reduced timetable" until December 15 as the strike action is "impacting [its] ability to deliver the usual timetable".

Eurostar passengers are advised to check their specific trains before travelling.

One in four Intercités are running, as are one in four Transiliens, and 40% of TER services.

As usual, SNCF is offering real-time updates of the situation via its app, Assistant SNCF.

In the Paris area, metro lines are also disrupted, while just 50% of trains are running on the RER A line. The RER B line is running 33% of its usual service during peak hours.

The Orlyval airport shuttle line to and from Paris Orly airport is working normally.

On RATP trams and buses, only 50% of services are expected.

Airlines are not currently reporting any further disruption due to the strikes in France.

Strikes continue despite certain industries stopping or reducing their action - including the police - after Prime Minister Edouard Philippe announced his plan for tweaking the pension reform proposals this week.

Yet, union bosses have said called the plans “unfair” and said that they represent “an [unacceptable] rise in retirement age of two years”.