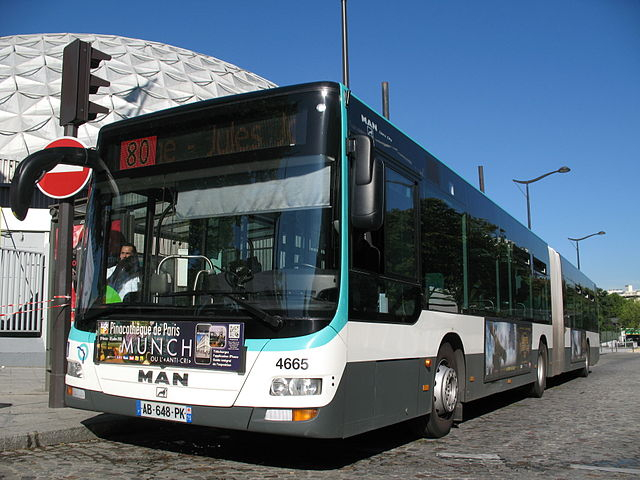 The petition in support of the RATP bus driver has reached over 200,000 signatures (bus image for illustration)
By Connexion journalist

At the time of writing, the petition has reached over 219,540 names; rising by the minute.

A phone video, filmed in Arcueil (Val-de-Marne, ‎Île-de-France), spread across social media (below), which appeared to show a RATP driver slapping a young boy during a heated discussion in front of a number of buses and other vehicles.

The boy, who is of collège (middle school) age, reportedly crossed the road in front of the bus in a dangerous manner, forcing the driver to brake sharply, endangering the bus passengers. The driver is then reported to have reprimanded the boy on his conduct.

The adolescent is then alleged to have shouted insults back, prompting the driver to get out of the bus, leading to him reportedly slapping the boy.

After the bus driver was summoned for disciplinary proceedings over the issue, his RATP colleagues started a petition in support, fearing sanctions on his behalf.

The petition states that the driver is “known to his colleagues for his kindness and his patience”. It is also aiming to draw attention to the difficulties that many RATP staff members are said to encounter over the course of their normal working day.

Mehdi Mouhib, one of the driver’s colleagues, said: “I think that when [the driver] reacted like this, he was acting like a good father figure. He just wanted to give the boy a little lesson, so that he would understand that you cannot mess about in front of a 12-tonne bus.

The petition, which has gathered over 200,000 signatures in five days, reads: “Today, [the driver] risks being fired over the actions of a careless child.”

Valérie Pécresse, president of Île-de-France transport authority IDF-Mobilités, has tweeted in support of the driver, and asked for any disciplinary action to take the circumstances into account.

She said: “I hope to see leniency from the disciplinary council for the bus driver from Arcueil, who was the victim of provocative insults. He should not have lifted his hand to the student, and he regrets doing so, but these were extenuating circumstances.”

Union representative and bus driver, Olivier Terriot of CGT-RATP, has said that "he understands why [my] colleague lost his nerve", and that the issue should force "RATP to review how it treats it staff".

Yet, the RATP Group tweeted that it understood the driver was remorseful.

The tweet said: “It will of course be taken into account that the worker regrets his actions, and said that he had acted emotionally as a result of having almost run over the young boy, who had crossed the road dangerously, and had insulted the driver.”

5 hours ago
5
Covid France: Calls for AstraZeneca vaccines for over 65s