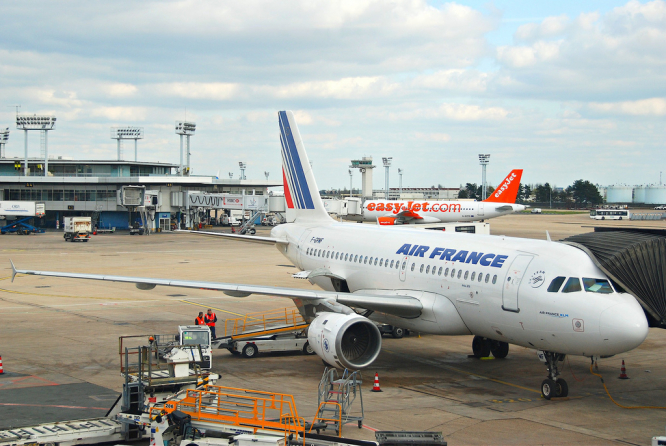 Travel, bin collections and energy companies will be hit by a series of strikes starting on Tuesday, April 2.

While railway workers are protesting against the reform of SNCF, Air France staff begin another walkout over a pay dispute and refuse collectors want a 'national public waste service'. Here is a rundown of the strikes that start from Tuesday.

Railways
Tuesday, April 3, marks the start of the movement of railway workers against the reform of the SNCF wanted by the government. As early as Monday evening, some protesters began a strike for "two days out of five" for the next three months.

Rail operator SNCF warned that schedules would be badly hit, with eight out of 10 drivers expected to join the strike.

Commuters in Paris will face severe disruption, with RER and Transilien services badly hit as they return to work after the long Easter weekend. There will be no trains on Transilien R and U lines, or certain branches of the P line - while up to 40% of services on line H have also been cancelled.

Meanwhile, only 6% of TER trains and 24% of bus services can be guaranteed on the first of the 36 days of strikes.

Air France
Staff at the airline will strike for 24 hours for the fourth time in five weeks, following walkouts in February and March.

And the situation is unlikely to improve, after unions scheduled another two-day strike for April 10 and 11.

Air France has said it will notify customers whose flights have been cancelled by email or SMS the day before they are due to travel. It also updates its website in real time.

Refuse services
CGT union members are set to walk out on a nationwide strike on Tuesday, demanding the creation of a "national public service" for waste collection, guaranteeing a unified "single public status" for all workers.

Collections are expected to be particularly badly hit in Paris and Ile-de-France, Marseille, Montpellier and parts of the east and north of the country.

Energy
The CGT's National Federation of Mining and Energy also called on electricians and gas workers to a protest movement that could last until 28 June.

The union is calling for "a review of the deregulation of the energy sector," and "the organisation of a new public electricity and gas service which responds to the general interest".