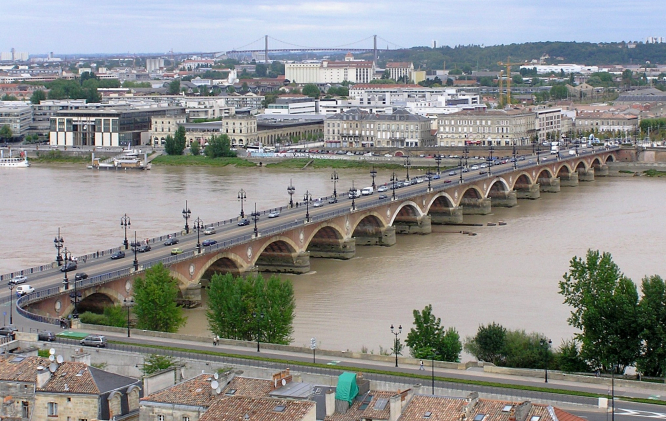 Two prototype turbines that generate power from tidal water are to be tested near the arches of the 19th-century Pont de Pierre in Bordeaux early in 2018, seven years after the €3million project was given the green light.

The company Hydroquest hopes that the first turbine will be deployed on a special platform in January, and will soon after start generating electricity using the strong currents of the Garonne.

The installation had been originally planned for this autumn, but was delayed for technical reasons.

A second turbine, developed by Irish-based engineers Design Pro should be on site in April.

The site, near the centre of Bordeaux, was specially chosen to allow for ease of access - and the platform can operate up to three separate water turbines, which it is believed could generate enough electricity to power 300 homes.

A similar project project is being tested offshort in Scotland, but it is less accessible than the Bordeaux site.

The first bridge over the Garonne at Bordeaux, the Pont de Pierre was planned and designed during the First French Empire, on the orders of Napoleon I, and was built between 1819 and 1822. The strong tide made construction difficult at the time.