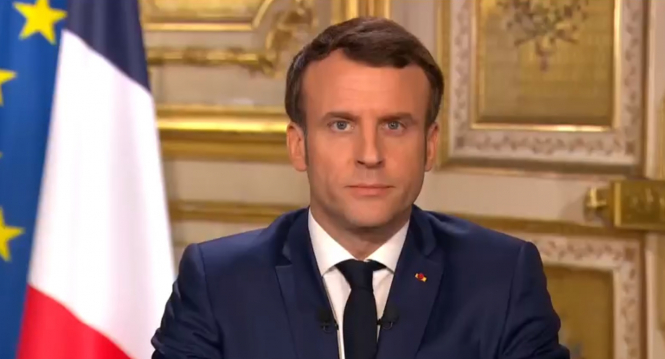 It comes after he called an exceptional lunch-time meeting of ministers and health experts amid growing speculation that France will be put into a “total lockdown” in a bid to stop the spread of the virus.

Measures announced last week, including schools, crèches and universities shutting were due to come into force today (Monday). Restaurants, bars, discothèques and cinemas closed at midnight on Saturday.

Further measures, if they are decided, can include total confinement (like Italy and Spain), stopping public transport, and requiring people to get permission to travel away from their homes.

It is possible that the second round of the municipal elections, due to take place on Sunday 22 March will be postponed or abandoned.

As of Monday morning France had 127 deaths from the virus and 5,423 confirmed cases.

The top civil servant in the health ministry said that at the moment, the number of cases in the country was doubling every three days.

"I want our citizens to realise that there are people who are sick, who are in intensive care and that (their number) runs into hundreds," he said.

In spite of the drastic measures, good weather meant that café terraces, parks and the banks of the Seine were packed over the weekend in Paris, with few taking precautions to ensure that the recommended one metre space between people.

On social media, many people posted pictures rebuking French people for not listening advice and going out.

Most of the regional TER trains and metro services in Paris were still running this morning, with radio reports that near normal rush hour crowds were on them as people went to work.

Most of those interviewed said their jobs could either not be done by working at home or that their employers did not let them work from home.

"There is a real worry that the speed of the outbreak could saturate hospitals and this is something we absolutely want to avoid," Salomon said, singling out the badly affected eastern region of Alsace near Germany and the greater Paris area.

"This is why we must do everything to slow down the outbreak.

"Each person must tell themselves every morning: how can I reduce by a third or fourth the number of people I approach?

"Remain at home, it's as simple as that."

Amazon said on Monday morning it was continuing to take orders and deliver orders in France on as normal, but said the rapidly evolving situation meant things might change.