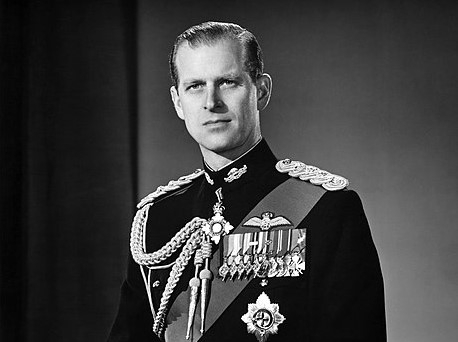 Prince Philip, whose funeral takes place today in the UK (April 17), has roots that stretch back to a small town in Alsace, famous for its association with German great Johann Wolfgang von Goethe.

The husband of Queen Elizabeth II of the UK and the Commonwealth died on April 9 at the age of 99.

He was born Philip Mountbatten in Greece in 1921 but his family fled when he was still a baby. They finally settled in France, just outside Paris, where Prince Philip spent the first part of his early childhood before he was sent to be educated in the UK in 1928.

But his association with France goes back further, to the town of Sessenheim in Alsace.

Heinrich Wilhelm Schweppenhäuser was the pastor of the town between 1757 to 1760.

Jump forward six generations and it leads you to Philip Mountbatten, Duke of Edinburgh.

Although Prince Philip only lived in France for a short time in his life, he was able to speak the language. In the video below, he discusses the world’s ecological crisis and his campaign to save the planet.

Today in Sessenheim, a town of just over 2,000 inhabitants, there are still two tombstones bearing the names of Heinrich Wilhelm Schweppenhäuser and his wife Charlotte Philippine.

But the town is far better known because of a story linked to two other tombstones still standing: those of Jacques Brion and his wife.

Brion was the pastor who succeeded Prince Philip’s ancestor Heinrich Wilhelm Schweppenhäuser. He was also the father of Frédérique Brion, who had a short but intense love affair with the German poet, playwright and author Johann Wolfgang von Goethe.

Goethe addressed one of his well-known poems, titled Rose on the Heath in English and La Petite Rose in French, to Frédérique.

In Goethe’s memoirs, written some 40 years after his first meeting with Frédérique, he wrote:

“A charming star rose over this country sky when she entered; she was dressed in the German style like her sister and with this dress she held the middle ground between the peasant and the city girl.

“Slender and light, she walked as if her feet had nothing to carry and her neck seemed too delicate for the thick blonde tresses.

"I had the happiness, from the first glance, to see her appear before me with all her grace and all her attractions.”

Goethe met with Frédérique several times before eventually returning to Frankfurt and calling off their romance.

It is said that Frédérique never got over it and she remained unmarried for the rest of her life.