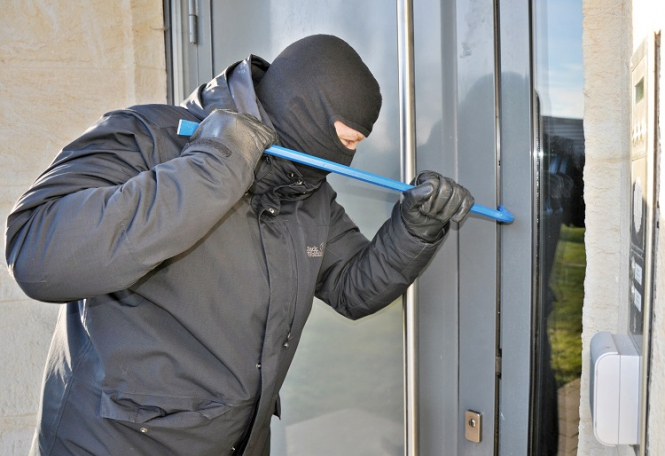 Most burglaries are carried out on main homes by young men, with a quarter of the thieves under the age of 18
By Connexion journalist

Official statistics show the number of burglaries in France have been largely static since 2012, after a 12-year period which saw a 37% increase.

The number of burglaries and attempted burglaries in 2017 rose 2% on the previous year, according to official statistics, but the crime rate has slowed.

About 30,000 households were the victims of more than one break-in.

Violent home intrusions, known as home-jackings, remain relatively rare, with 3,400 reported in 2017, a figure that has changed little in 12 years.

July, August and December accounted for 27% of burglaries on main homes in 2017.

Police and gendarmes started proceedings for burglary against 20,800 people, almost all of them young men, with a quarter under 18.

More than half of targets were main homes (59%), with the rest being second homes, businesses or other buildings such as schools.

Almost three-quarters (74%) of the burglars identified were French, 11% came from African countries and 11% from other European countries.

Several involved gangs. In August 2017, a gang of four  Albanian men were arrested, with investigators linking them to 120 burglaries in the Angoulême area between October 2016 and their arrest.

A report in Le Figaro newspaper claims another gang of five Albanians arrested in October this year committed 98 burglaries in Nouvelle-Aquitaine and Occitanie between November 2017 and October 2018, with stolen goods totalling €423,000.

Overall, most of the burglaries were in two main areas: Ile de France and the South East. Brittany and Corsica had the lowest rates, figures reveal.

Money, jewels, hifi equipment and computers were the objects most often stolen.

To reduce risks while you are away, police and insurance companies advise simple common sense.

Lock the house well, and use an alarm if you have one. Having a radio and lights fitted to a timer to go off at random times is an effective deterrent.

Ask trusted neighbours to  keep an eye on your property. The gendarmerie – and police if you live in a town of more than 10,000 people –  operate a formal programme Opération Tranquillité Vacances during all school holiday periods.

Residents and businesses can ask their local gendarmes to keep a watch over their properties. Gendarmes then visit at various times during the day or night, checking shutters, gates, and back gardens to make sure all is as it should be.

The idea is that burglars often watch houses before breaking in and if they see a gendarmerie vehicle in the area, they are likely to be dissuaded. It is a free service.

There are also 800 communes in France which have Voisins Vigilants organisations, based on the Neighbourhood Watch schemes in the UK.

If your commune has one, letting the co-ordinators know you will be away will mean extra attention for your home.

For the unlucky few who are burgled, it is likely that your household insurance will cover you for some of the loss.

Exceptions – dependent on insurer – include if the house has been left empty for some time (90 days is common).

Many contracts have a maximum value for repayment of stolen goods so if you have expensive items, check you are covered adequately.

You will have to make a declaration of the burglary at the nearest gendarmerie or police station, and obtain a receipt.

In rural areas, gendarmeries are often open to the public for only a couple of hours a week, but you can usually make an appointment to report burglaries by telephoning a local number. Your mairie will be able to give details.

Then, within two days, you must make a claim with your insurance firm by letter.

Examples in French are easily found on the internet.

This must be followed, usually within a fortnight, by your estimate of the value of the goods stolen, supported by documentary evidence – sales receipts, photos, identity numbers if you have them for computer equipment. It is also important to keep any objects damaged by the burglars.

The psychological shock of burglary can be significant. If you are affected, see your doctor, who in most areas can refer you to specialised services, paid for by the health system, to help you to cope.