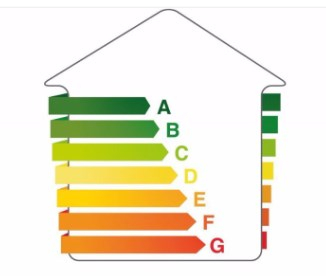 Property prices would decrease depending on their energy-efficiency ratings
By

Solar power production in France could be quadrupled under plans by EDF to develop 30GW of new solar parks and create several thousand jobs – but it needs land three times the size of Paris to achieve it.

It comes after Energy Minister Nicolas Hulot called for state majority-owned EDF to come up with a “detailed plan” for the development of renewable en­ergy after he admitted it was not feasible to halve nuclear power production by 2025.

Despite being the fifth sunniest country in Europe, France trails in solar energy – producing just 1.6% of its power against 3.5% in the UK and 6.2% in Germany. EDF is not France’s market leader – but, Jean-Bernard Lévy, EDF chief executive, said “it will be”.

He said solar had not been a priority as nuclear power had allowed it to have some of Europe’s cheapest electricity.

Speaking on Europe 1 he said: “We must now get involved in the energy transition – it is the law and exists in other countries – and prices for solar panels have fallen, so the market is also pushing us to this.

“The government is going to double or triple its appeals for renewable energy projects and we will have to find land and develop projects.”

The solar plan is a €25 billion project over 15 years. Mr Lévy said that it also wanted to develop wind farms but that there were problems attaining public acceptance, whereas solar parks did not face “this Nimby syndrome,” needed less offshore infrastructure and had “great potential”.

However, he said they needed vast amounts of land – the plan would need 25,000 to 30,000 hectares of land and they would start by using empty EDF land such as that around nuclear plants or on roofs.

In all, each 1MW of solar power  needs one hectare of land and €1 million of funding.

EDF’s priorities were changing, driven by the government, and it would no longer be ‘nuclear first’. The future power generation mix was “less nuclear and more renewables”.

Despite this, no nuclear plants will be closed with the arrival of new solar capacity as its power  was intermittent while nuclear was constant. However, France’s   two oldest reactors, built in 1978 at Fessenheim, would close when the new nuclear power station at Flamanville starts at the end of this year.

A check on property prices has shown buyers will cut the price of a house or flat by up to 17% if they feel its energy-efficiency rating is too low.

Notaires found the price for a house in Occitanie with an F or G rating (using more than 331kWh/m2 per year) would reduce by 17% while in Aquitaine it would be by 16%. Prices in the rest of France would fall by 10-13%.

Brittany and Pays-de-la-Loire prices fell 13%, and by 10% in Normandy and Provence-Alpes-Côtes-d’Azur.

On the other hand, houses with good A (using less than 50kWh/m2 per year) or B ratings would gain in ‘green value’ and sell for 10-13% more in all regions.

15 hours ago
5
What are the new Covid rules in France from tomorrow?