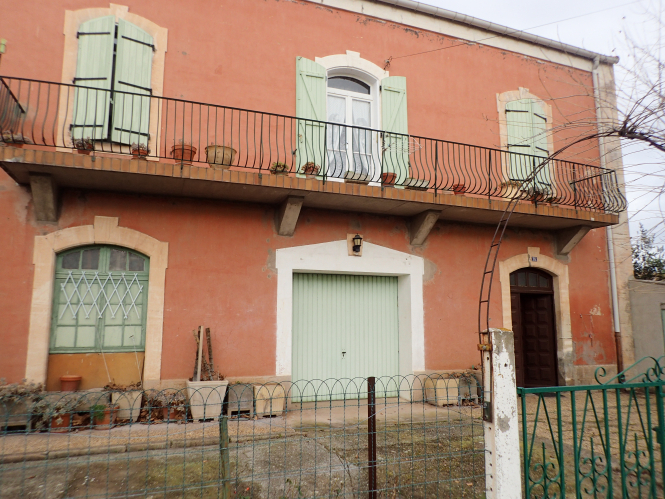 Many are in prominent positions in towns, with roads built to lead to them, and seeing them fall into decrepitude raises local people’s passions.

Previous waves of railway closures led to a number of old stations being converted into houses. Freddy Rueda, of Real Estate Languedoc, said: “They are not often on the market, and I have seen only two or three in my career. It is easier to sell them when they have not been converted because the buyers are often designers or architects who prefer to build their own image of the place, rather than work with something which has already been done.”

The constraints of the buildings, often without a garden, sometimes still next to a railway line with occasional trains, also discourages some buyers. Against that are the benefits of often-solid buildings, offering a great deal of space, and with a unique history tying them to the town. “They always attract attention from English-spea­king clients,” Mr Rueda said.

Read more: the history and significance of wine and cheese in France

He is currently selling a station in Gabian, a village not far from Pézenas and Béziers in Hérault, located 25 minutes from the nearest beaches. It is more or less in the state it was in when it was sold to the lady stationmaster when the line shut to passengers in 1970 and to freight in 1972. The line, from Faugères to Paulhan close to foothills rising to the Larzac plateau, was opened in 1876 by the Compagnie des chemins de fer du Midi and the station dates from that time. It was taken over by the SNCF in 1938.

“The present owner, the former stationmaster, kept things pretty much as they were,” he said. “The waiting room downstairs was used for winemaking by the husband while the couple continued to live upstairs, as they did during the time when the trains stopped.” Home-made wine remaining from when the husband died is included in the sale.

Read more: the architecture of the churches of the north east of France

Original features from the railway include the ticket office, which now houses a central heating oil tank, station switchboard, luggage scales, timetables and ticket stand. Outside, the station clock and bell are in place and still work. Other parts of the working station are now a garage and storage area. Another original feature is eight entrances to the ground floor, although most have now been filled in. To get to the upstairs living quarters, there is the original oak staircase with brass Empire-style banisters.

The living accommodation comprises a kitchen, dining room, six bedrooms, two bathrooms and an unconverted attic space. A balcony, with the original decorated iron balustrade, runs the length of the first floor. Unusually for station properties, this one also has a garden, made up of the former platform, including the building that used to be passenger toilets as a garden shed. The actual line of the railway, running along the edge of the garden, is a declared open space with a footpath along it, meaning it cannot be built on. The asking price is €308,000.

“A fan of the railways could really go to town in doing further conversion work, incorporating the things which still remain,” said Mr Rueda. “As it is, it is a house with enough bedrooms and character for someone with a B&B project, for example.”

Read more: secrets and rituals of the French monarchy in Reims

Bid to use part of one for a business or association

SNCF now has a policy of not selling its unused stations and instead has a new programme to encourage firms and associations to use the sites. Five years ago, scores of small and medium-sized stations were shut and their staff transferred to larger ones, as ticket machines and online sales were promoted and fewer staff were needed. Some began to look rundown, leading to protests. This was raised when President Macron toured the country for public meetings after the gilets jaunes protests.

The SNCF section responsible for stations, SNCF Gares & Connexions, started the 1001 Gares programme last year to bring life back to them. Its website 1001gares.fr encourages those seeking cheap premises to explain their project and bid for space. A spokeswoman said: “We have 60,000m2 of space on offer in 400 stations, at very reasonable rates. The idea is simple – we have vacant space, especially in small stations. With this call for tenants from local areas, we are able to propose they establish themselves under favourable terms, for projects of all sorts. It helps to revitalise the regions of France.”

So far, 45 rental contracts have been signed and there is a target of 500 in five years. Cafes and restaurants top the list, followed by co-working spaces, offices for associations, bicycle repair shops, food shops, cultural spaces such as art galleries, and sport and health projects, such as gyms.

To find out more, click on the Appel aux projets section at 1001gares.fr, then your area on the map of France for opportunities. Most consist of the chance to use part of a station’s building, either on the ground floor, or above in areas where SNCF staff used to live. For example, Saintes station in Charente-Maritime, which is still served by plenty of local trains, has 149m2 available on the ground floor, accessible at all times. Some of the premises are small, such as 17m2 inside Fécamp’s station in Normandy, said to be suitable for “all activities”, while others are large, such as a 430m2 former locomotive roundhouse at Brive-la-Gaillarde.

Read more: Where to buy property in France? Explore Moulins