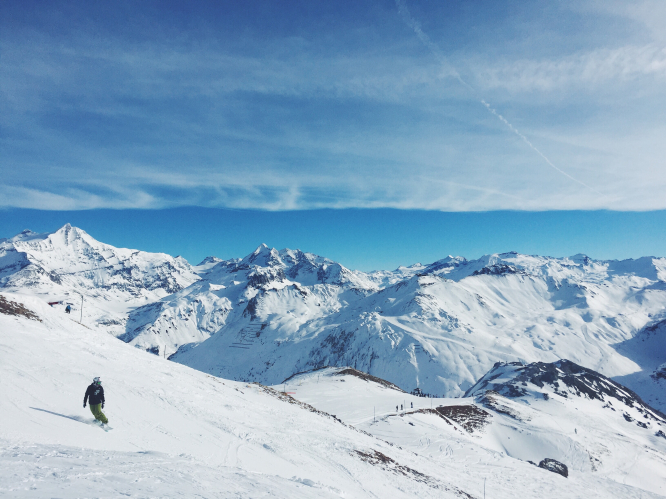 Alpes-Maritimes - where you can ski in the morning and take a dip in the warm sea in the afternoon. Photo: snowboarder on slopes by Robert Bye on Unsplash.
By Connexion Journalist

Due to the microclimate, Alpes-Maritimers (or Maralpins/Maralpines, as they are properly called) can, for a few days in late spring, enjoy a morning’s skiing in the Alps followed by a dip in the warm Mediterranean Sea in the afternoon.

It is not quite wall-to-wall sunshine in this part of the world but it’s not far off, with more than 300 days of sun a year. This part of south-east France, which borders Italy and the principality of Monaco, has been a hugely popular destination for English-speaking incomers looking for a slice of French life since long before Peter Mayle wrote his bestselling A Year in Provence. And it’s easy to see why.

The weather is conducive to glorious outdoor living, it scores high on the glamour-o-meter thanks in no small part to celebrity magnet Cannes, and it’s easy to get to, with regular high-speed rail services connecting you to all points in France and Europe, and the well-served airport in Nice. Sadly, that popularity also means property bargains are more difficult to find than in many other parts of France.

Such is the draw of the region, which has more than its fair share of seven and even eight-figure properties, that the seaside bounce for properties in coastal resorts means average prices in painfully chic Cannes, or ever-popular Menton or Antibes, for example, are well over €4,000/m².

The median price of a typical house in Nice is €561,400, and charges past €1million in Roquebrune-Cap-Martin, live information from the Notaires de France online property barometer shows. Away from the coast, in Grasse for example, a similar property costs €389,400.