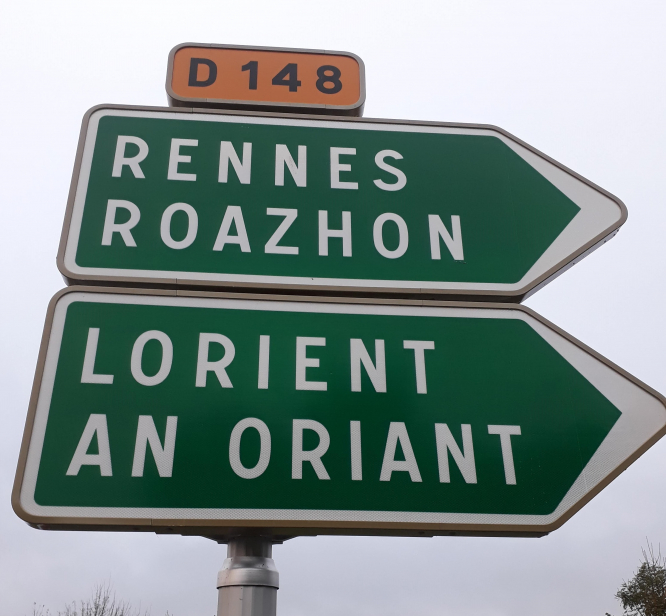 Protesters around France will take to the street this afternoon (May 29) after a newly adopted law aimed at protecting regional languages was partially repealed by the the Constitutional Council.

Demonstrations are planned around Brittany, as well as in Pau, Bayonne, Perpignan, Bastia and dozens of other towns.

France passed a new law in April aimed at protecting and promoting regional languages across the country, the first of its kind since the creation of the French Fifth Republic in 1958.

It concerns all regional languages in the country, of which there are more than 75, most of which come from France’s overseas territories.

The law gave schools - at all levels - the possibility of “immersive teaching” in a regional language, meaning they would be permitted offer teaching in a specific regional language for the majority of the school day.

It also ensured that parents would be able to give their children traditional names that have diacritics - accents or marks added to letters to change their pronunciation - not found in the French language.

The law received majority backing at the Assemblée nationale - 247 for, 76 against and 19 abstentions - despite not being supported by the government.

But the Constitutional Council, the highest constitutional authority in France, repealed two important elements of the law, those concerning immersive teaching and the right of parents to use diacritics when naming their children. Its decision was handed down last Friday (May 21).

Paul Molac, the MP who put forth the law, called on the government to change the constitution to allow the law.

“With regards to revoking the section of immersive teaching, it is a totally outdated vision because it means we will have to do without a very effective method of teaching,” he told Le Monde.

“It even endangers a whole bunch of schools that teach in Breton, but also in Basque, Catalan, Occitan.”

The law was referred to the Constitutional Council by a group of MPs from the presidential majority, including Education Minister Jean-Michel Blanquer. This has left many living in areas of France where the regional languages are spoken to feel undermined by a centralised power.

“This episode is felt as a rejection of the Breton identity. The love of our region unites us all in these times when social ties are in decline," he told Le Monde.

The Connexion spoke to Fulup Jakez, the director of the Office Public de la Langue Bretonne (OFLP), shortly after the law was passed for an article that appeared in our May paper.

He described the law as “politically and symbolically very important”.

He said he believed the current government was opposed to it as there is an “ideological blockage in the high echelons of political administrations in France”.

“France considers itself a monolingual country. There is a refusal to accept the reality that there are regional languages in the country,” he said.

A more recent survey undertaken in Brittany in 2018 found around 200,000 speakers.