Pyrenean bear comes out of hibernation 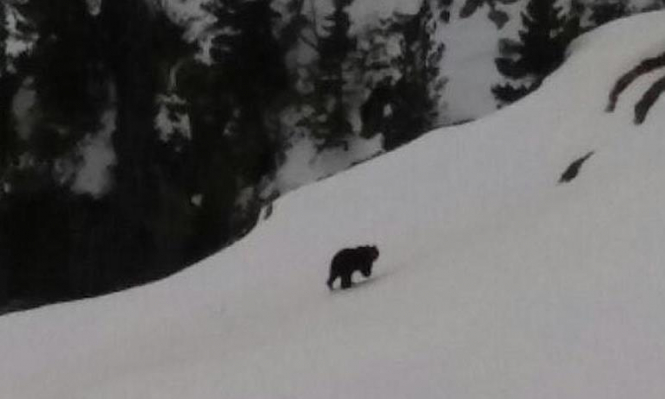 The local council for the Val d’Aran in Catalonia, Conselh Generau d’Aran, posted images on Twitter of a brown bear crossing a snowfield in the southern Pyrenees and also a large pawprint.

Environmental officers from the council spotted signs of the bear and then later managed to get the snowfield photo.

Earlier this week officers had detected movement in an area that was known to be the bear’s hibernation quarters.

In addition, officers also recorded movements from the GPS transmitter worn by the bear named Goiat, which was released into the wild in the Spanish Pyrenees in June 2016.

The area where Goiat was moving is in a part of the Val d'Aran that is very difficult to access.

Meanwhile, the polar bear cub born in Mulhouse Zoo, Alsace, has taken her first steps in public, spending time rolling around the enclosure and in the water with her mother, Sesi. The bear has been named Nanuq after a public vote – which means ‘polar bear’.