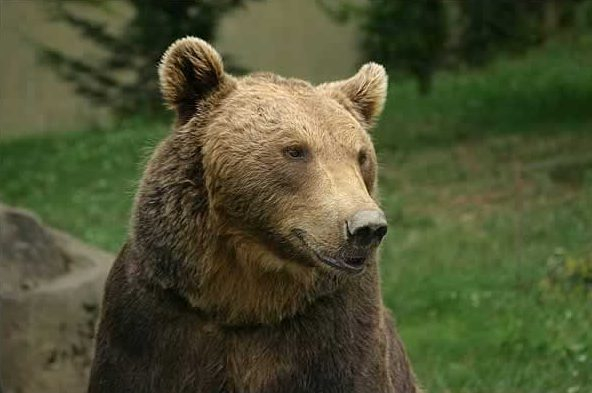 There are estimated to be 39 bears in the region. Bears can grow up to two metres tall and weigh up to 250 kilos each
By Connexion journalist

The Association for the Sustainable Development of the Identity of the Pyrénées, (the Association pour le Développement Durable de l’Identité des Pyrénées (ADDIP)), which strongly opposes the decision to re-introduce bears into the area 20 years’ ago, has denounced the attacks, the most recent of which took place last Thursday night.

Over 250 sheep were found to have been chased off a mountainside, while 6 or 7 sheep were found “devoured” by a bear, according to Bruno Besche-Commenge, spokesman for the ADDIP, speaking to the Agence France-Presse.

The commune of Ustou in the “regional natural park” area of the Ariège Pyrénées has been especially badly affected, according to the ADDIP, as has the nearby region of Couflens, which suffered the loss of 209 sheep on 16 July after they were chased off a mountain by a bear attack.

Farmers in the region of Sentein have already decided to bring their sheep down early from their usual summer mountain pastures, due to what they say is the threat of four bears in the region, said Besche-Commenge, with other farmers said to be considering similar action.

This could threaten the amount of food available for sheep later in the season, he warned.

This week, the mayor of Ustou officially banned bears from “wandering” in the commune, in a symbolic gesture driven by what he called the high level of “danger” and risk from the animal.

According to current law, any farmers who lose sheep due to bears can make an official demand for compensation, but critics say these measures do not go far enough, and do not address the wider problem as a whole.

Two decades after bears were reintroduced into the Pyrénées, there are estimated to be 39 of the animals across the region. Bears can grow to be two metres tall when standing on their back legs, and can weigh up to 250 kilos each.