Quiet election party for Americans in France this year 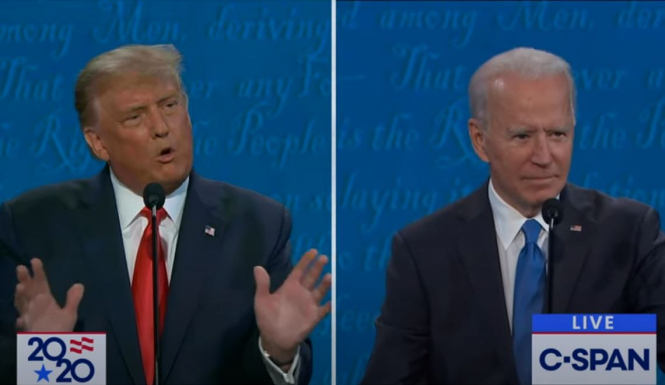 The US is set to vote for its next president on November 3, but due to coronavirus-related restrictions in France, many of the traditional events and parties will not take place.

Every year, the US embassy in Paris holds an invite-only party on the night of the election. A press contact confirmed to The Connexion that no event is planned for this year.

Jamie McCourt, the American ambassador to France, said the same during an interview with The Connexion for an article published in the October newspaper.

“It’s like football in America,” she said. “It’s an event to watch but with Covid I cannot see how this is going to be possible this year.”

If Europeans could vote in US Presidential election:

Harry’s New York Bar in Paris’ second arrondissement traditionally hosts an event including a straw poll, where guests can cast a vote if they can prove their nationality.

Due to coronavirus restrictions, all bars in Paris are closed, including Harry’s Bar, so there will be no event this year. The Connexion tried to contact the bar to see if it is planning to host an online event, but got no response.

For Democrat supporters, there will be an online open Zoom event, organised by Democrats Abroad, taking place on November 3, running from 23:00 until 07:00 the following day. Details will be announced soon.

The Republicans Overseas do not list any election-night events on their website. The Connexion contacted them but did not receive a reply.

curfewed Euros, what are we doing about election night

Watching the election in France

There will be coverage of the US election on multiple television channels in France, including TF1, LCI, France 2 and France 3.

France 2 will have a programme about the election called ‘USA 2020, l'élection qui va changer le monde’ (USA 2020, the election that is going to change the world), showing at 20:45 on November 3.

News outlets FranceInfo, France 24, RTS, RTBF and TV5Monde will also have coverage of the vote on the night of the election and the morning after.

As for when election results will be known, that could be more complicated.

All polling stations will be closed by 03:00 Central European Time (CET) on November 4. In 2016, When current US President Donald Trump won, he gave his winning speech at 07:50am CET the morning after the day of the election.

Due to coronavirus, it is expected that more people will opt to vote by post this year. This could mean election results not being known until some days or even weeks after November 3.

American
US
election
More from French news
More from Connexion