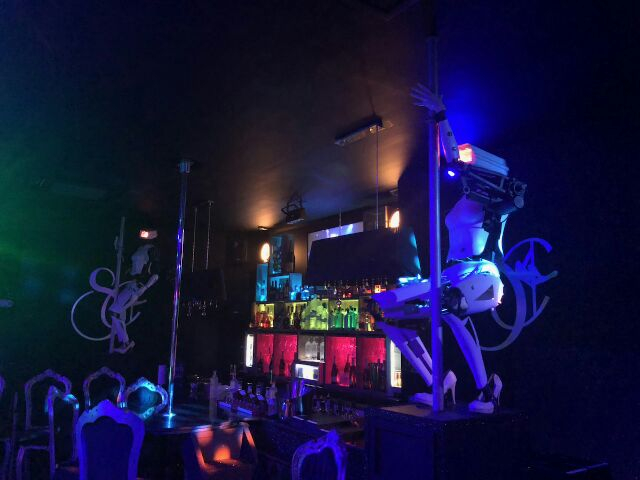 Robot pole dancers have done the Full Monty for the first time in France by strutting their stuff with 10 strippers in a club.

Laurent Roué, owner of the SC Club in Nantes, who did it to mark its fifth anniversary, said: “Clients are very surprised. We’ve had more people coming, some just to see the robots.

“It is also a way to open our bar to more people and show anybody with a friendly spirit can come and have fun here.”

The robots are the work of British artist Giles Walker, 52, who created them 10 years ago, when CCTV cameras first appeared in London, to raise a point on video surveillance and breaches of privacy while helping prevent crime (see How artificial intelligence is changing security).

He said: “I wanted to work with the idea of voyeurism and the power of the relationship between the voyeur and the one being watched.”

Some of his hundreds of robots can dance and even talk.

Mr Walker (pictured left) said: “Originally they were just sculptures but since they have been shown in a pole dancing club they have evolved into something different, much more sexualised.”

Although he has a new exhibition, Monster, in London, he is “delighted the robots are still popular after all these years”.

The robots performed last year at the Consumer Electronics Show in Las Vegas and that is where Mr Roué noticed them.