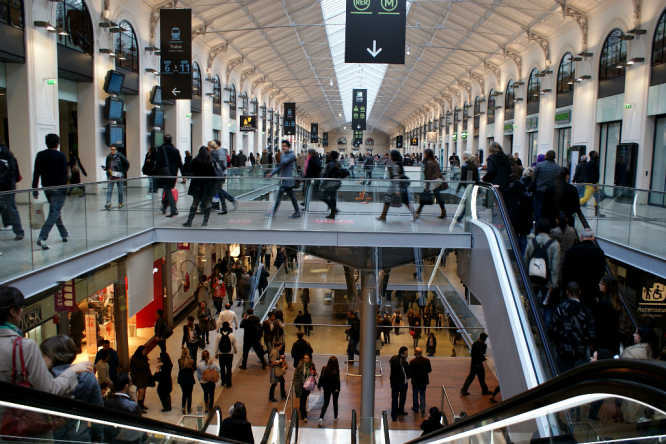 A power failure has halted all rail traffic in and out of Gare Saint-Lazare, the second-busiest railway station in Paris, this morning.

Rail services between the capital and Normandy and transilien services to the capital's western suburbs have been severely affected by the breakdown at 9.40am on Tuesday, SNCF announced on Twitter.

The failure could not have come at a worse time for the rail operator, which has suffered numerous problems in recent weeks.

In the weekend before Christmas, congestion at key Paris stations including Bercy and Austerlitz was so severe that thousands of passengers could not reach the platforms to catch their trains, prompting accusations that SNCF was overbooking trains.

Despite the weekend's problems at the two stations, SNCF insisted that it was prepared for the Christmas rush. "The majority of the 1.7million passengers [who travelled by train] had no difficulty with their journey," the operator said in a statement.

As reported, a computer glitch at Montparnasse halted traffic in and out of the station and left thousands of passengers stranded in early December, a few months after a signal failure crippled the same station for several days.