VIDEO:Turtles hatch and fight way to sea on French beach 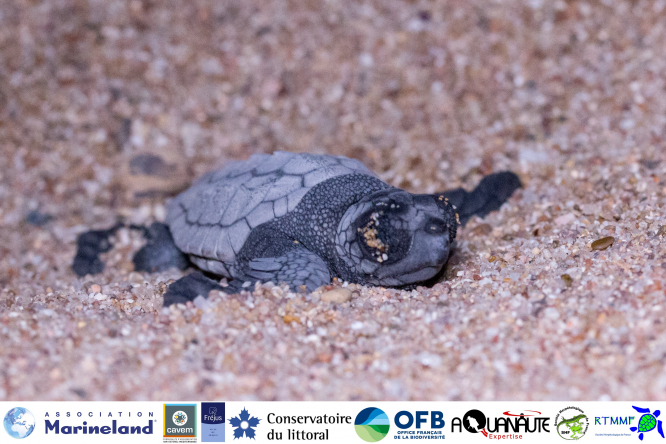 Several dozen sea turtles were born on Wednesday morning (August 26), with the hatchlings emerging from the sand and crawling the eight metres to reach the sea.

In July, the mother loggerhead turtle was sighted on the Sablettes beach in Fréjus, where she chose to lay her eggs. A protective perimeter was placed around the turtle and a team of biologists, turtle experts and volunteers kept a close eye on her.

Hatchlings of this protected species of loggerhead turtle are rare in this part of the Mediterranean, with the turtles normally laying eggs further south around Turkey, Greece or Tunisia.

In recent years, there have been more cases of sea turtles choosing new beaches, including in southern France.

“In the last five years there have been four or five hatchlings counted, and certainly others that no one has seen.

"Turtles generally return to lay their eggs at the place where they were born... but in recent years there are more and more observations of turtles laying eggs at sites where they are not usually present," he said.

They have been on a list of protected animals in France since 2005.

Any sighting of sea turtles laying eggs on a beach in France should be reported to the Réseau tortues Marines de Méditerranée Française at 06 64 79 54 23.