What would trigger re-confinement in France? 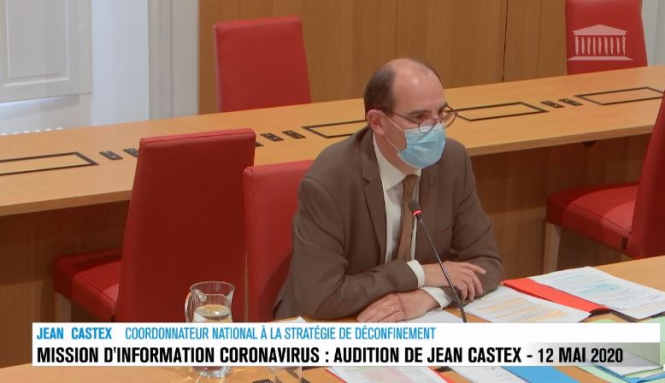 This was one of three indicators which would be used to decide to reinitiate the lockdown, the national coordinator for deconfinement in France Jean Castex stated yesterday.

He presented a report to MPs explaining that an urgent re-confinement must be anticipated if the number of cases rises sharply and doubles.

Currently, the number of daily new cases is around 500 every day. There were 456 new cases yesterday.

Mr Castex also mentioned the example of Germany who set up a limit of 50 cases per 100,000 inhabitants.

Re-confinement would be based on three indicators: the circulation of the virus based on the number of suspected cases going to the hospital and the activity of the association SOS Médecins (the emergency service for patients who need to see a doctor urgently), the number of beds available in hospitals and in particular in intensive care and the results of testing.

The government previously announced that France will be able to make 700,000 tests a week on people who are suspected to have the virus.

Mr Castex said: “In the absence, in the short term, of a vaccine or cure, the French population remains vulnerable to any return of the epidemic.”

He recommends a very "progressive disarmament" of the hospital beds, whose capacity had been increased during the crisis, and asks medical workers to stay ready.

He also calls for workers to continue remote working if they can until at least the end of June in order to limit the use of public transport and interaction at work.

Similarly, if travel is allowed again under certain conditions, "prefects will be able to re-establish limitations locally" at any time, he says.

He added that maintaining borders restrictions to enter Europe is necessary to avoid a new epidemic.