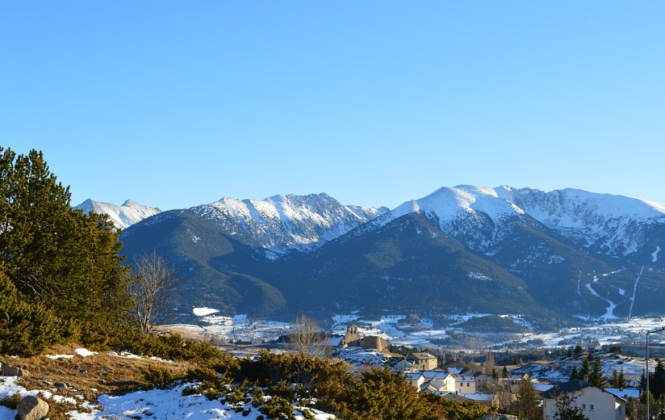 This week, Pyrenees observation centre l'Observatoire Pyrénéen du Changement Climatique (OPCC) released a report stating that the average temperature of the mountain region has risen by 1.2°C in the past fifty years.

For context, the rest of the planet has risen an average of 0.85°C in the same time, according to the Intergovernmental Panel on Climate Change (IPCC).

Observers even say that without urgent action, the temperature in the mountain region could soar by as much as 7.1°C by 2100.

This effect is true for the whole area - in France, Andorra and Spain - with small differences between the north and south. The highest rise in temperature has been seen in the hotter months during the summer season, said the OPCC.

Snow thickness could be reduced by as much as 50% by 2050, the report continued, saying that this could have a profound effect on winter tourism. Drought, torrential rain, landslides, flooding, more fragile earth, and avalanches may also start to become a bigger problem as the climate changes, the report said.

This could worsen other problems in the area - especially if tourism issues prompt people to leave to work elsewhere - and could also damage flora and fauna. Migrating birds have already moved their arrival date to the region forward by 10 years since the 1960s, the report noted.

The conclusions come following many years of cross-border cooperation work between French, Andorran and Spanish researchers, and asked questions on the impact, weaknesses and possible future strategy on the area’s climate change.

Idoia Arauzo Gonzalez, OPCC coordinator, said: “The Pyrenees have a fever...which is a symptom of a serious and long-term illness."

The report called the area a “bioregion that is particularly sensitive and vulnerable to the effects of climate change”, and warned people of a “domino effect”. It said its aim was to “prepare the population for extreme climate phenomena.”

Juan Terradez, coordinator of the project, said: “This change is indisputable evidence that we are facing an urgent challenge; that we must continue to investigate, and to adapt to its consequences.”

The OPCC listed the region’s major challenges due to climate change: