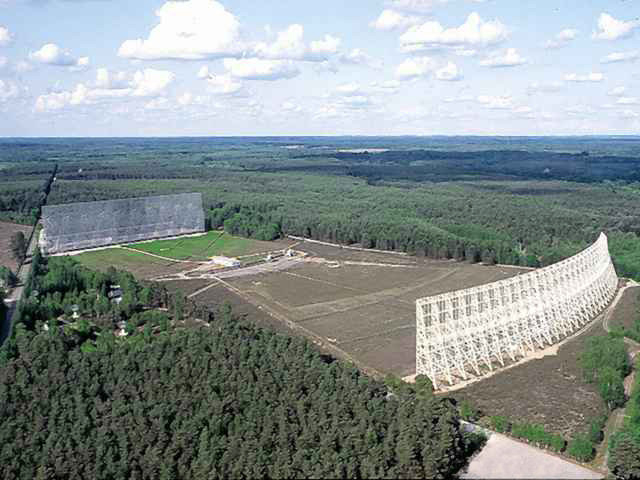 It is part of the Breakthrough Listen project at Berkeley which is scanning space for signals that are proof of civilisations beyond Earth, signals as small as a plane’s radar coming from any of the 1,000 nearest stars.

It is already detecting a signal from the only known object from an intelligent civilisation in deep space – the 20W radio transmitter on the Voyager 1 spacecraft that is 20billion kilometres from Earth.

Speaking from California, he said: “Nançay is the 4th largest single antenna telescope in the world, with a fantastic sensitivity and a clean spectrum due to its isolation from population.

“The team there developed a new receiver system allowing us to look for ‘narrowband’ transmissions, which is of high interest for SETI, since it is a fundamental concept that energy is a precious resource for any civilisation. If one of them dedicates some amount of energy to communicate it can be detected.

“This year we will conduct 35 hours of observations, targeting nearby stars and a dozen ‘closest’ galaxies, to search for artificial narrowband transmissions.”

Stéphane Corbel, director of the Nançay radio telescope site,  said: “We have many instruments that search for gravitational waves, observe comets, solar corona and planet Jupit­er, but we are not part of Break­through Listen, they are simply using the equipment here to do work they cannot do elsewhere.

“We are also building an instrument called Nenufar to find very low frequency waves from the start of the universe.”

The Nançay site is open on September 16 for the Jour­nées du Patrimoine with research talks, conferences and a planetarium show on its work.

Do you want to search for life in space? Join the Seti@Home project that uses home PCs to decipher signals from space – Mr Hellbourg did so and it led him to join the Berkeley team.