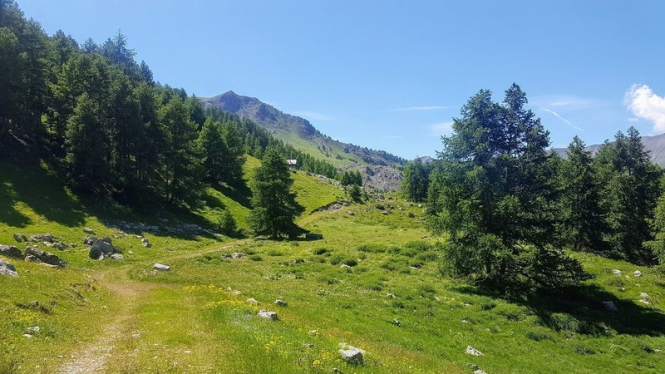 The online petition was started by an Haute-Savoie mountain guide, Billy Fernandez, and a local doctor, Dr Solène Petitdemange.

They say that confinement laws forbidding outdoor activity beyond a 1km radius of your home are not based on any necessary “health or safety criteria”.

The petition says: “Walking in nature is not an attack on social distancing rules and does not lead to a rise in accidents.”

They added that natural spaces would make “considerable” efforts to ensure that social distancing rules - such as staying at least 1-2 metres away from other people - would be respected if the public were allowed to visit.

The petition specifically calls on President Macron to “allow access to natural spaces...on condition that social distancing rules are strictly respected, for activities that offer objectively no more risk than domestic activities or gardening.

“We would allow the authorities to define the context, including ways to prevent too many people from visiting, which could [also] damage fauna, flora, and the surroundings.”

It adds that not allowing access to outdoor spaces “damages our physical and mental health”, and that “many medical studies show the benefit of being in nature on stress, anxiety, and depression”, and can also “benefit our immune system, and addictive behaviours”.

It continues: “Moving around in a natural environment (that is beautiful, quiet, and fresh)...fights against health problems linked to sedentariness, and prevents cardiovascular illness, obesity, diabetes, heart problems, joint pain, back pain…”.

The petition says that Germany - in contrast to France - has allowed outdoors sports to continue during confinement, and “has even encouraged it”, and put “considerable means” in place to ensure social distancing is respected there.

More than 75,000 people signed the petition in 48 hours, with the number of signatures climbing past 99,250 at the time of writing.

It comes after an association of mountain sport and outdoor workers and two unions also called for certain outdoor activities to be permitted from May 11, while still respecting “virus-fighting objectives”.

They have suggested a series of eight, gradual “deconfinement measures” that could be safely implemented from May 11. These include allowing outdoor sports that present a “moderate-to-weak risk”, such as “hiking, horse riding, cycling and eco-tourism” and “walking and climbing”.

The calls come as President Macron has called for caution on the subject of deconfinement.

During a visit to Finistère (Brittany) on Wednesday (April 22), he said: “We are skating on thin ice, and we do not want to take steps backwards. We have made unprecedented demands on the nation [with confinement].

“So we must not ruin all of this effort by trying to go back to normal too quickly, or because we want to rush to say ‘it’s all behind us’. We must be very careful, stay alert, and remember everything we have learned, as long as the virus is still circulating around the country.”

Deconfinement is set to begin in France from Monday May 11, with society restarting bit by bit.

Read more: France may be confined again in case of ‘second wave’

12 hours ago
5
Covid France: Calls for AstraZeneca vaccines for over 65s