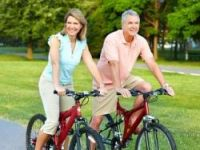 PEOPLE in France can expect to enjoy the longest retirement of any OECD country, with women having an average retirement lasting 27.2 years and men 23.

The reasons are a longer life expectancy and an earlier retirement age with French people on average stopping work or stopping looking for a new job at the age of 59.4.

The Pensions at a Glance Guide 2015 from the Organisation for Economic Co-operation and Development said average women’s life expectancy across the OECD was 85.4 years, with 22.3 years retired after retiring at 63.1 while men will live on average to 82.2 and be retired for 17.6 years after stopping work at 64.6.

Differences for men and women in France compared to other countries are largely explained by the longer life expectancy of women, while for men it is exclusively linked to them leaving the job market unexpectedly early.

To qualify for a full pension in France people must have worked for a minimum of 41.25 years and reached a minimum pension age of 61 years and two months or reached the retirement age of 66 years and two months. People who started work under 20 years of age can retire from the age of 60 if they have full contributions.

The retirement age is 65 in Germany, Japan and Spain and the US and Spain are changing to 67 while the UK is moving to 68 – and plans to increase it to 70 along with Denmark, Ireland, Italy, the Czech Republic.
Photo: Kurhan - Fotolia.com