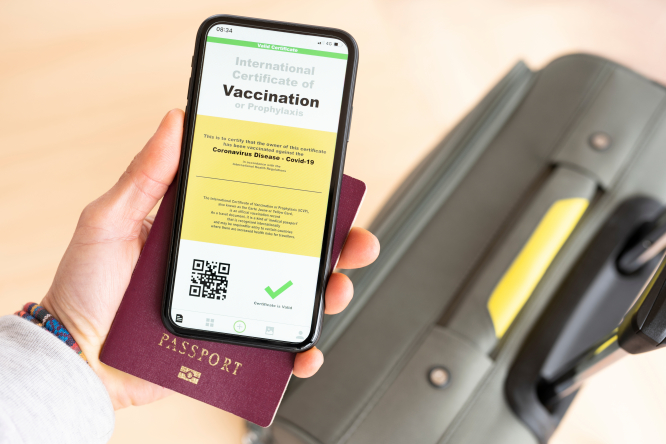 The Association of British Travel Agents has said that it is not yet concerned by a report in The Mail on Sunday suggesting that a third vaccination dose might soon be needed for foreign travel. Pic: travelwild / Shutterstock

The Association of British Travel Agents (ABTA) says it is not concerned about media reports that a booster Covid-19 vaccine dose may soon be compulsory for quarantine-free travel to Europe and other countries.

On August 15, The Mail on Sunday cited a UK “government source” as suggesting that a third booster vaccine dose - administered six months after the second - will soon be required for those travelling abroad, as well as for care home staff.

The article was followed up by several other UK media, including The Telegraph and iNews.

Currently, British people who have had both vaccine doses can visit amber list countries without having to quarantine on return to the UK.

The government source said if people do not have a booster six months after their second dose, if advised to do so, then their vaccination certificates may not be considered up-to-date.

If this happened, double-jabbed individuals would not be viewed as fully vaccinated, and so would have to self-isolate on their return.

However, an ABTA spokesperson told The Connexion today that currently this new rule is “just speculation,” adding that a high percentage of such speculation never becomes an official rule.

“We don’t worry about something until it happens,” they said.

What is the Covid-19 vaccine booster programme?

Covid-19 vaccines are thought to shield most people from serious illness for at least six months, but until there is enough data to prove this, scientists, pharmaceutical companies and governments around the world have been debating whether a third dose might help to boost our protection.

The UK’s Joint Committee on Vaccination and Immunisation (JCVI) published interim advice in June recommending that a third Covid-19 vaccine dose be rolled out to vulnerable individuals from September, in order to “maximise the individual protection and safeguard the NHS ahead of winter.”

This would be offered alongside the flu vaccine to health and social care workers, care home residents, people who are clinically extremely vulnerable and the over-70s.

The rollout would then filter down through the priority groups.

For younger British adults, who will only have received their second vaccine dose this summer, the JCVI has said that the “benefits of booster vaccination in this group will be considered at a later time when more information is available.”

This advice has not yet been finalised, and so although plans are being made for a booster programme, full details on the timescales and the key priority cohorts have not yet been confirmed.

France US travel: pressure is mounting for borders to open