SNCF criticised for asking disabled man to “prove” it 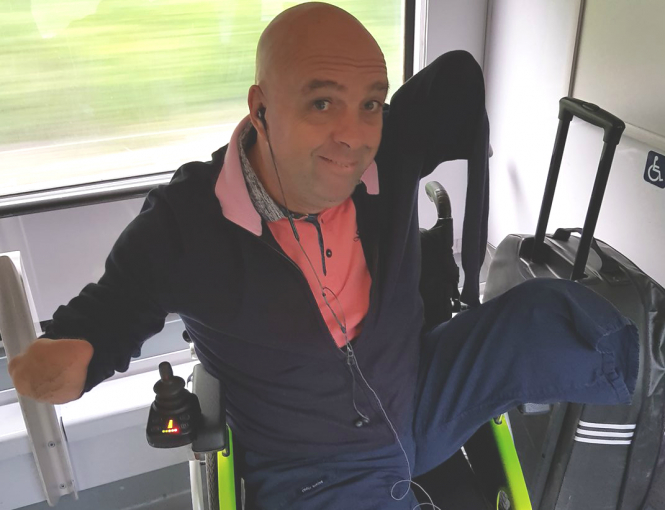 Croizon, who is best known for swimming the channel, was travelling on a TER train between Rouen and Paris, when a member of train staff stopped him and demanded that he prove his disability by showing his carte d’invaliditė (his French ID card proving he is disabled), as reported by local newspaper France Bleu Poitou.

Croizon is in a wheelchair and visibly does not have hands or feet.

Although Croizon alleges that he did not say anything to complain about the demand by the SNCF staff member, he said that other passengers nearby protested angrily at the request.

After passengers made it clear that they did not approve, the SNCF staff member is said to have given up asking, and continued his usual checking of passengers and tickets.

Croizon tweeted a photo of himself on the train immediately after the incident, with simply the hashtags “#toutestpossible (everything is possible/anything can happen)” and “#triste (sad)”.

However, he was forced to defend SNCF himself when replies to his comment started attacking the train company, and highlighted that the carte d’invaliditė is not only for himself, but also to prove that his carer is entitled to reduced-cost travel.

“Normally, I have a great time with SNCF,” he wrote, saying that they had helped arrange alternative transport for him, when he was affected by the massive power cut at the Montparnasse station in July.

“I wanted to be humorous about things and not stoop to insults,” he wrote. “This man [the SNCF worker] could have been having a bad day; maybe he was tired, I don’t know anything [about him].”