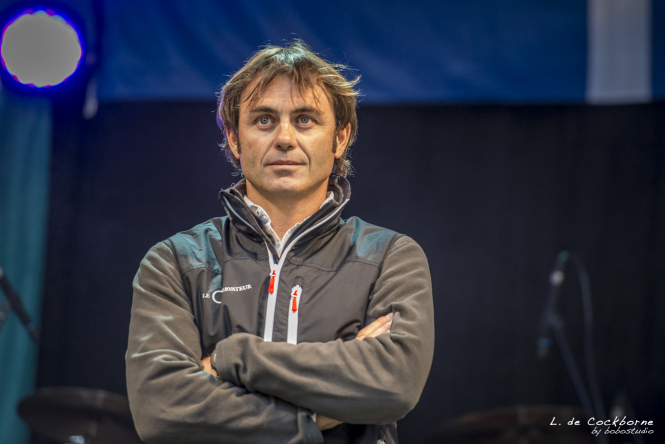 French sailor Yannick Bestaven has won the Vendée Globe despite crossing the line third because he was given a time bonus to make up for choosing to rescue a fellow competitor during the race.

The La Rochelle-based skipper of Maître CoQ IV crossed the finish line at Sables-d'Olonne in the early hours of Thursday, January 21, behind Charlie Dalin and Louis Burton but was rewarded for rescuing rival skipper Kevin Escoffier and declared the winner.

The Vendée Globe is the world’s only round-the world, solo, non-stop and without assistance sailing race. This year's event was the closest finish in the race's nine-event history.

It was Bestaven's second Vendée. His first, 12 years ago, ended just two days after the start with a demasting incident in the Bay of Biscay.

"I feel like I'm living a dream, hallucinating. We go from total solitude to this, to this party, to these lights. This result is beyond my expectations. After struggling as we struggled, a victory with Maître CoQ IV is a dream!" - @YannickBestaven pic.twitter.com/iVSbsVFSol

"I did not equal Armel Le Cléac'h but I equaled Jules Verne, we do what we can," Bestaven told Franceinfo soon after finishing.

"I feel like I'm living a dream, hallucinating. We go from total solitude to this, to this party, to these lights. This result is beyond my expectations. After struggling as we struggled, a victory with Maître CoQ IV is a dream!," he said from his boat going up the channel.

British sailor Samantha Davies officially retired from the race in December after being forced to stop in Cape Town for repairs.

Sam Davies out of Vendée Globe but keeps sailing for charity

She still hopes to complete the course, and raise vital funds and awareness for the 1 click=1heart campaign which works with Mécénat Chirurgie Cardiaque charity to help save the lives of children with heart defects. To date more than €750,000 has been raised and 63 children helped.