Scientists find a cause of dyslexia 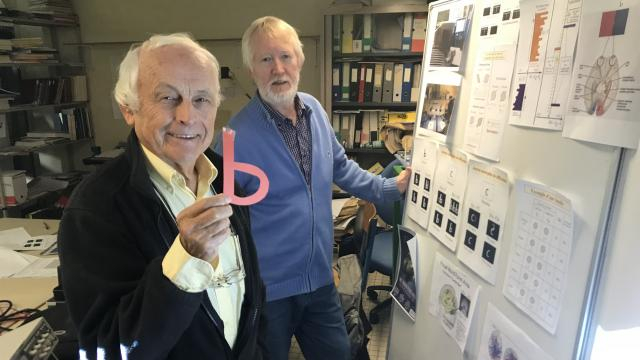 Reading and writing problems for millions of dyslexics could be down to the way their eyes work as French scientists say their brains see a confusing ‘mirror image’.

Guy Ropars and Albert Le Floch of Université de Rennes 1 in Brittany write in the Proceedings of the Royal Society that light receptor cells in dyslexic people’s eyes work differently from normal and they do not have a ‘dominant’ eye, causing them to misread and mis-write letters.

They also found a way to treat the problem, using an LED lamp, but it is not known if this will work for all sufferers, who include people such as Sir Jackie Stewart, Tom Cruise, Orlando Bloom, Keira Knightly, Jamie Oliver, Richard Branson and Johnny Halliday. They also include Swiss biophysicist Jacques Dubochet – who last week won the Nobel Prize for Chemistry.

Newspaper Ouest France spoke to the researchers at Rennes University to get them to explain the problem (in French).

Dyslexics had a round spot in each eye so the brain saw two images, with one reversed. This confused the brain making it difficult for people to read or write as they confused letters such as ‘b’ and ‘d’.

Ophthalmologists will be able to diagnose the problem by looking into people’s eyes and treatment may come in the form of special spectacles that cancel or block out the confusing signals.

The two researchers previously made a discovery in 2013 that showed how Vikings were able to cross the Atlantic in the 10th century, before the invention of the compass, by using a special lens crystal found in Iceland that polarised light showing the direction of the sun, even if it was not visible.