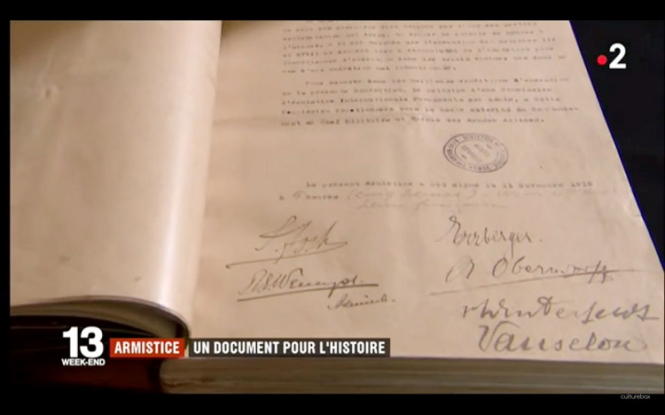 The document, usually kept in a safe at the service historique at the château, consists of 13 typed pages, which were bound in a book with other related documents such as maps and reports in the 1930s. It marked a truce and the war was then officially ended by the Treaty of Versailles on June 28, 1919.