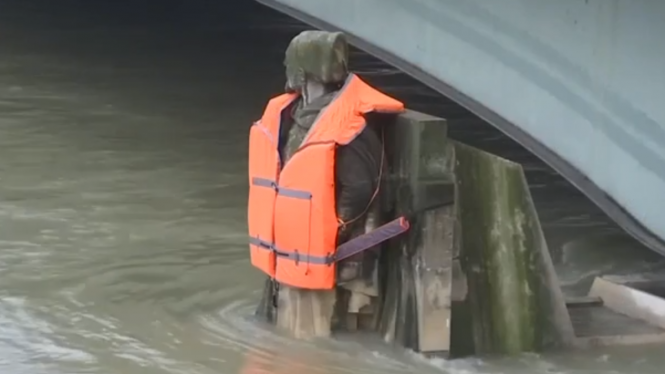 The ‘Zouave’ statue on the Pont de l’Alma was dressed in a lifejacket by two climbers who abseiled down.

The Fondation Goodplanet, an ecological organisation founded by photographer Yann Arthus-Bertrand, was behind the stunt and also unfurled a banner on the bridge saying ‘Get ready for global warming’.

Mr Arthus, who was present to see the statue dressed up, called it a ‘beautiful symbol’ and warned that global warming is causing loss of biodiversity.

‘Zouaves’ were a French light-infantry corps, originally formed of Algerians.