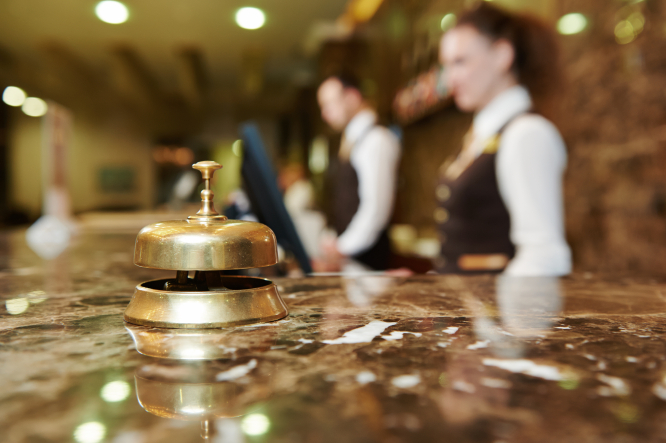 Three hundred independent hotels in France have launched a campaign to get international accommodation booking sites such as Booking.com and Hotelbeds.com to lower their commission prices.

Hotels in France have struggled during the Covid-19 pandemic, and the commission collected by reservation sites - which is often 15 - 25% - is too high, said Laurent Duc, president of French hoteliers’ union, UMIH Hotellerie.

He added that he has tried in vain to get the reservation sites to lower their commission rates during the pandemic.

“It is a scandal,” he told The Connexion.

The campaign is being run by Contact Hôtels, which groups together some 300 hotels from around France. It is called Je choisis la France (“I choose France”), and is aimed at encouraging people in France to book directly with hotels.

“We are currently seeing an unprecedented movement towards more local and ethical consumption,”said Thomas Richard, president of Contact Hôtels.

“We want people in France to adopt the same reflex when they book their holidays and to favour […] direct booking, which makes it possible to support thousands of jobs and investment projects, and to contribute to the development of our country thanks to our taxes paid in France.”

Some hotels in France are offering customers incentives to book directly.

The Saint-Nicolas hotel in La Rochelle (Charente-Maritime), for example, offers special discounts and bike rental schemes to customers who reserve a room directly.

Mr Duc said that he believes customers are being tricked by reservation sites, claiming that the rooms made most visible on these pages are those that will generate the greatest amount of commission.

“The consumer is tricked,” he said. “They think they are seeing the best offer, but it is the hotel that pays the highest commission.”

He said that hotels were seduced by the potential of booking sites to bring them international clients, but that now even local customers rely on the sites, which he says is not necessary.

“Booking sites came promising us international clients, but they get by on our domestic customers,” he said.

He did say that this year there has been an increase of around 3 to 4% of people booking directly with hotels, rather than through reservation sites.

He said this is likely linked to Covid-19 and the fact that there is a higher proportion of reservations made by French clients, who are able to communicate more easily with hotels than with booking sites.

He said it is a good start and that “we have reversed the trend a little.”

Effects of the pandemic and the health pass

The pandemic has been particularly hard for hotels, Mr Duc said.

“Hotels have never been closed during Covid. Restaurants, bars and nightclubs have, but not hotels.

“Hotels went from being on average 65% fully booked to 3% during the first lockdown (in spring 2020).

“They were only 12% fully booked during the second lockdown, and you cannot continue to run a hotel with 12% of rooms booked.”

“Bars, restaurants, nightclubs, they all received government aid because they were forced to close.

“The government aid given to hotels was not enough because it costs more to run hotels.

“It is complicated for hotels right now,” he said.

Mr Duc added that the health pass, which is required in hotels that offer catering facilities, is making it harder.

“When President Macron announced the introduction of the health pass for August 9, we had cancellations immediately.

“If you are going on holiday and you can only eat in the hotel room, it’s not fun.

“So people are choosing to go to campsites or to self-catering accommodation.”