Cookie Consent by FreePrivacyPolicy.com Simone Veil will be buried in the Panthéon French News and Views in English | The Connexion
17 may 2021
Classifieds Currency exchange Newsletter
Login Register BASKET
Facebook Twitter

Simone Veil will be buried in the Panthéon 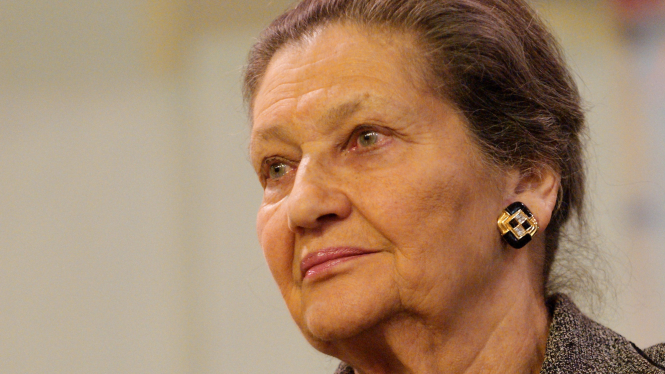 The decision has just been made public at the end of a moving speech by the president, who paid tribute to Mrs Veil following speeches by her two sons, Jean and Pierre-François.

Mr Macron said the decision – which many have been calling for – was made along with the family of Mrs Veil, who was known for her contributions to human rights and to the EU, and especially to rights of women including as health minister championing the 1975 law which legalised abortion in France, known as the Loi Veil.

Speaking in the courtyard of Les Invalides in Paris, at an official ceremony of state homage to Mrs Veil, with military honours, President Macron said her life “never ceased to astonish us”, and spoke of her “drive towards that which is right and good” and her “indefatigable energy”.

He said she had “dazzling victories which no one else would have been able to carry off”, and embodied “what we call la grandeur”.

“She led one struggle after another – struggles of our time,” he said, listing efforts for political refugees from Algeria, the “sordid conditions” of back street abortions and “social hypocrisy” before the Loi Veil, and her “combats for Europe”, not just as an MEP and first elected president of the European Parliament. She was also involved with the ratification of the Universal Declaration of Human Rights at the UN, he said.

He said she supported a “European dream” of peace and liberty and that despite losing her parents and brother to the death camps those close to her say she “never said a bitter thing about the Germans or Germany”.

“You gave gifts to our old nation that made it more beautiful,” Mr Macron said.

Pierre-François Veil said that growing up the family got used to having to “share you with millions of strangers” who saw Mrs Veil as a “second mother”, and called today’s ceremony honouring her “your ultimate victory against the death camps”. He said the many kind messages they had received had been “rays of sun, bursts of happiness”.

Three former presidents were among those at the ceremony: Valéry Giscard d’Estaing, Nicolas Sarkozy and François Hollande. Jacques Chirac was too ill to attend.