Snowfall: “Stuck on the road for hours” 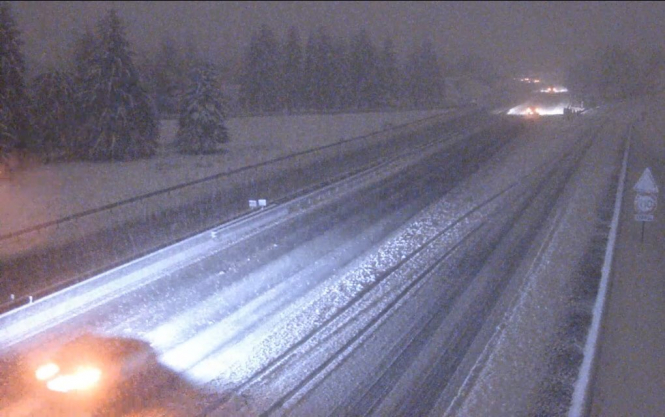 The snow was expected and Météo-France had put the departments on orange alert for snow and heavy rain at 06:00 yesterday morning. But the authorities took “too long to react” and delayed putting salting machine into action and let the snow accumulate, according to residents. Bus lines were stopped as a result and several people complained about the lack of organisation and communication of the towns.

Up to 20cms fell in the afternoon and drivers were stuck on the road. A resident of Romans-sur-Isère, Cassandre Lambert told Connexion: “I went out while it was not snowing. But it came suddenly, and in one hour, the snow was sticking on the ground. I was stuck as the roads were blocked.”

Sandrine Gondian, who lives in Portes-lès-Valence (Drôme) said: “It was a mess. I was driving from Saint-Marcellin [Isère] and it took me two and half hours to get home. There were no vehicles to remove the snow and we were limited to 50kph.”

Although the snow has started to melt today, several residents are stuck at home. A resident of Valence, working from home, Aude Poinsard, said she is scared to be without electricity soon as electricity was cut in a lot of villages around. She said: “The electric cable is under a tree and the snow is so heavy that the branch of the tree seems to be falling on the cable.”

She added: “We were not prepared and the departmental organisation was really long. For example, we were only told this morning that children should not go to school today. There is a lot of damage on trees, and when we are without electricity we feel helpless.”