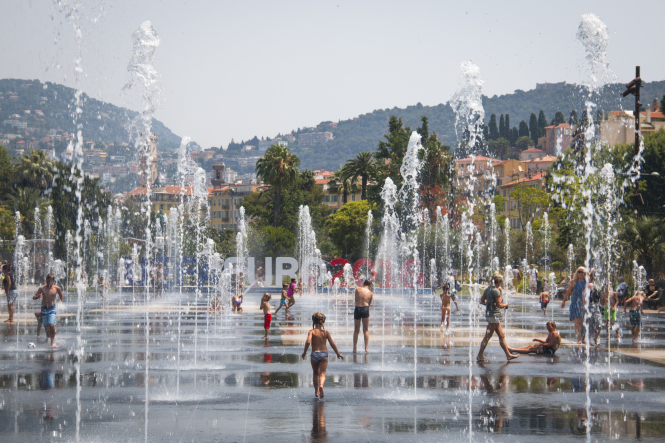 Children playing in the fountains on the main square in Nice Pic: nicolasdecorte / Shutterstock

Temperatures in southwest France are expected to reach almost 40°C early this week before storms set in from Wednesday onwards.

Monday and Tuesday will be the hottest days with temperatures of around 30°C and peaks of 32-35°C in the south-west going up towards Poitou-Charentes and the Center-Val de Loire.

The Landes and Gironde are expected to be even hotter, where almost record highs of 36-38°C for this time of year predicted.

Only the northern coast of Brittany and the Languedoc-Roussillon coastline will be cooler, due to cloud cover.

Tuesday is expected to be the hottest day of the week, before thunderstorms set in on Wednesday and Thursday.

Areas near the Atlantic and the Mediterranean will notice increased cloud cover due to the increasing sea wind. Languedoc-Roussillon and Provence Côte d'Azur could even have rain.

Come Thursday, the stormy weather will spread to the eastern side of France, although areas east of the Rhône should remain warm and dry.

On the other side of the country, clouds, showers and thunderstorms will continue to help bring the temperature back down.

The end of the week will see storms from the Pyrenees to the eastern borders and showers near the Mediterranean.