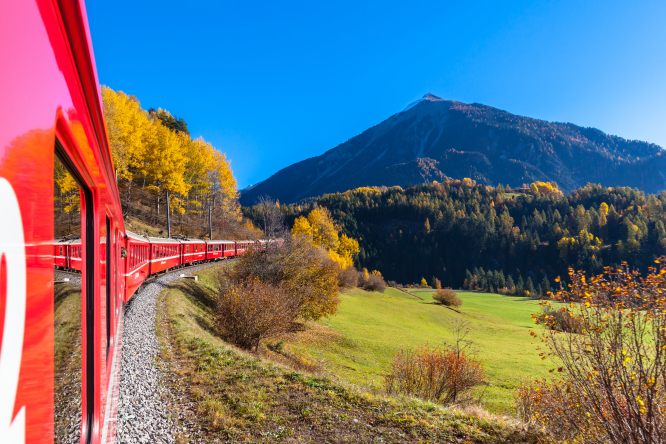 A train has set off to make a month-long 20,000km trip around the EU to finish in Paris in a bid to raise awareness of the benefits and challenges of train travel.

The ‘Connecting Europe Express’ pulled out of Lisbon yesterday (September 2) and will stop in more than 100 towns and cities in 26 European countries before arriving in Paris on October 7.

This train journey – which has been organised by the European Commission – will cross France this weekend, stopping in Hendaye, Bordeaux and Chambéry.

The trip aims to highlight the power of rail travel to connect people and businesses, as well as the challenges preventing it from becoming a popular choice for Europeans.

Due to the different gauge widths of railways across Europe, the Express will actually comprise three different trains, which, the European Commission says, reflects one of the issues with European train travel - the incompatibilities between the various sections of the rail network.

Each of the trains’ coaches have been provided by different European railway companies, with France’s SNCF adding a conference coach for the central Europe leg of the journey.

"Rail has shaped our rich, common history. But, rail is also Europe's future, our route to mitigating climate change and powering economic recovery from the pandemic, as we build a carbon-neutral transport sector,” European Commissioner for Transport Adina Vălean said in a statement.

"Over the coming weeks, the Connecting Europe Express will become a rolling conference, laboratory and forum for public debate on how to make rail the transport mode of choice for passengers and businesses.”

Rail travel accounts for 0.4% of EU transport greenhouse gas emissions, while road travel makes up 71.8%, according to the European Commission.

Train travel is also the only form of transport which consistently reduced its emissions and energy consumption between 1999 and 2017.

However, only 7% of travellers currently move round EU countries by train.

By the end of the decade, the EU plans to double the continent’s high-speed rail provision, focusing primarily on connecting its major cities.

France’s health pass: The rules for TGVs and other journeys