Speeding French car caught after running out of petrol 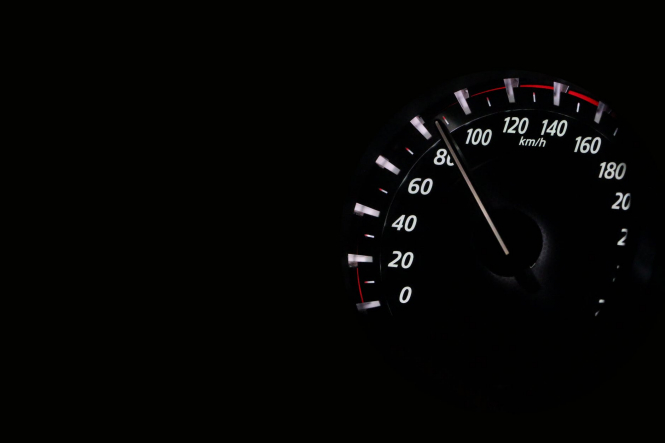 The driver was caught in a sports car, after having been clocked doing 240kph in a 90kph zone
By Connexion journalist

Police in the Drôme department (Auvergne-Rhône-Alpes) said they spotted a driver in a powerful sports car doing 206kph in a 130kph part of the A7 motorway near the Pont d’Isère, at around 22h20 on November 30. They quickly made chase.

Realising he was being followed, the driver continued to speed, even reaching 240kph in a 90kph zone, police said.

Continuing the chase, police eventually caught up with the car - a blue Mercedes Class C 63 AMG - which had come to a complete stop on the hard shoulder 60 kilometres further down the road, after running out of petrol.

The two occupants of the car were found sitting in the back seat, pretending that they had only been passengers in the vehicle, and alleging that the driver had run away. But police were able to ascertain that the driver was in fact one of the men: a 32-year-old owner of a mechanics garage in the city of Saint-Etienne.

The speeding car is now being stored by police and the driver has been banned from driving for six months (Photo: Gendarmerie de la Drôme / Facebook)

He was taken into police custody on suspected charges of repeated excess speeding (as the driver had already been charged with a speeding offence of more than 50kph on another occasion); refusal to comply with police orders, and so endangering others; and tampering with the vehicle’s anti-pollution device.

The car was also found to be unfit for public roads, as each wheel was found to be missing a nut. The size of the wheels were also found to be non-compliant; as was the car’s engine control unit, which was open illegally. The exhaust system had also been altered in a way that caused a fire risk, police said.

The car has been impounded by police, and the driver has been banned from driving for six months. He is set to appear in court in Valence in June 2020.