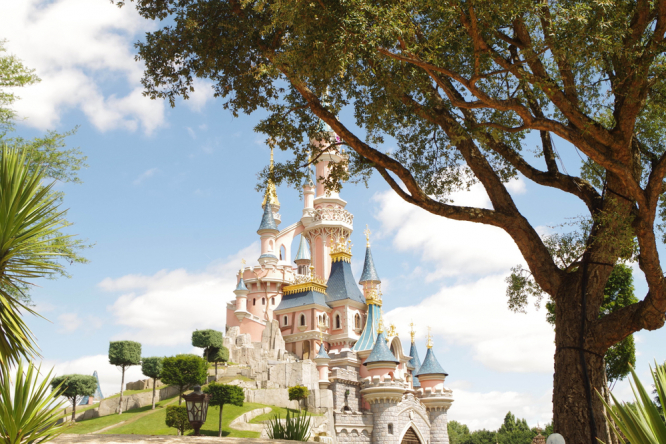 Management at the theme park has made a public and private apology saying the incident 'does not reflect their values' Pic: Rifqa.j / Shutterstock

A mother with a two-month-old baby was asked to stop breastfeeding by staff at Disneyland Paris so she did not “shock” other visitors.

Laura, a 33-year-old Australian who lives in Paris, was waiting for her husband and five-year-old daughter to return from one of the park attractions when her baby started to cry.

She found an empty bench and had been breastfeeding for 10 minutes when security guards approached and asked her to cover up.

She told Le Parisien: “You couldn’t see very much, but they told me that if I didn’t want to [cover up] I should go elsewhere as there were people from other cultures and religions that could see me.”

While Laura tried to defend herself in French – which she says she cannot speak “perfectly” ­– another mother came to support her.

Marie, the second mother, said she heard the guards compare rules for covering up while breastfeeding to obligatory mask wearing that has been in place during the pandemic.

She said: “They have nothing to do with each other. That really annoyed me.

“So I sat down on the bench with her and started to breastfeed my child too.

“The security guards were gaping at me. They didn’t say anything to me because they didn’t want to make a scene and find themselves with a mob of breastfeeding women.”

The incident and the public show of support made Laura cry. “It was very emotional,” she said.

Laura and her husband made a formal complaint before leaving the theme park, and the head of security apologised.

She responded to Marie’s tweet with a letter to the president of the theme park asking them to change their policy on public breastfeeding.

The park has since said that it has dedicated Baby Care Centres onsite where mothers can breastfeed, but Ms Schiappa said this is not sufficient.

Addressing the park management directly, she said: “Breastfeeding a baby is not a crime. It is good that you have dedicated spaces for this, but we do not decide where or when babies become hungry.”

She asked the park to stop “stigmatising mothers”.

Disneyland Paris has since contacted Laura to apologise again, and said that the security guards were wrong to ask her to cover up or move while breastfeeding.

She and her family will be reimbursed for the cost of their tickets.

In a tweet, Disneyland Paris wrote: “We deeply regret the situation and would like to offer our sincere apologies to the mother concerned once again.

“The demands that were asked of her are not in line with our rules or values. There is no restriction on breastfeeding in Disneyland Paris.”