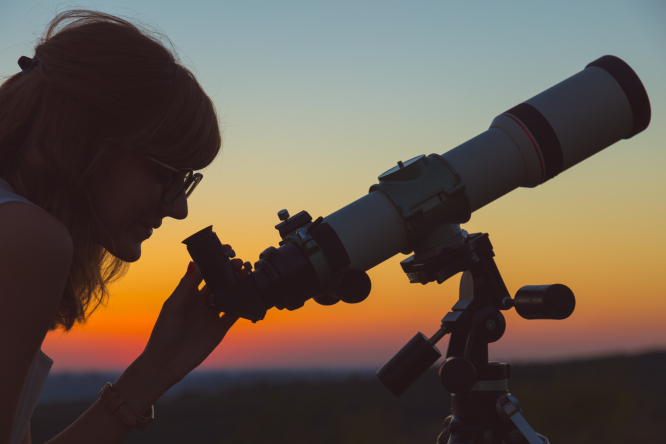 Star-gazing events organised by the French astronomy association will go ahead across France this weekend despite potentially cloudy skies at night.

Les Nuits des Etoiles is an annual national star-gazing weekend that is celebrating its 30th anniversary this year, with events organised throughout France.

For 2021, the focus will be on celebrating shooting stars.

In Dijon, the Société astronomique de Bourgogne (SAB) will host events in the Hautes Plates observatory in the Combe à la Serpent park, including 20-minute presentations on objects that fall from the sky.

“That could mean meteorites, shooting stars, asteroids that killed dinosaurs or comets,” said Eric Chariot, director of development at the SAB.

There will also be a photography exhibition, a space-themed escape game and viewings through telescopes provided by volunteers.

Mr Chariot said, as well as stars, visitors could see “the planets Jupiter and Saturn, which will be very visible in the sky. Saturn is one of the most beautiful planets to see through a telescope. It’s always a surprise to really see its rings.”

For those who wish to stargaze while lying on the grass in the park, “a presenter will point out the constellations with a laser, and explain through a microphone what we can see”.

The event is free, but people wishing to enter into the observatory must have a mask and a valid health pass.

Plenty of local events are taking place in Provence, including stargazing and a musical show telling the story of the sky at night in the gardens of the Musée International de la Parfumerie in Grasse on August 7.

In Ensuès la Redonne the Château Gassier is hosting stargazing events, with an introductory presentation at 21:00.

Food trucks will also be onsite, and all attended will be offered a welcome drink.

A full list of events in the region is available here.

Later in the month, the Perseids meteor shower will be visible over French skies, giving one of the most spectacular displays of shooting stars this year.

If skies are clear, stargazers should be able to see dozens of shooting stars every hour in the second part of the night, when the moon is absent.

This is not the only event to look out for in the night sky this month.

On August 10 and 11, a 5% crescent moon will be visible close to the planet Venus, appearing brighter on the second night.

As the sky darkens the dark side of the moon should be illuminated by ‘earthshine’ – sunlight reflected from Earth back onto the moon.

August 19 will also provide an opportunity for people with a telescope to see Jupiter in opposition at dusk.

This means Jupiter, Earth and the Sun will be aligned and, as our solar system’s largest planet will be directly opposite the sun, it will appear brighter than usual in the sky. Jupiter’s four moons will be visible with binoculars.

Finally, on Sunday, August 22, a blue moon will be visible in skies over France – this means the third of four full moons in a season between a solstice and an equinox.

While the moon will not actually appear blue, it will be close to planets Jupiter and Saturn which should be bright and clearly visible in the night sky.