Strikes and protests called for September 17 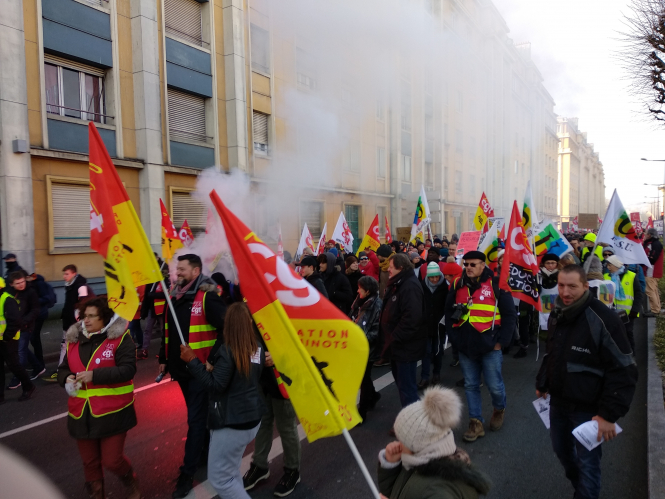 Strikes and disruptions in several sectors are to be expected, however it will not, contrary to some French media reports, constitute a ‘general strike’, a spokeswoman for the CGT union, present across many sectors of the economy, told The Connexion.

“We are not calling it a general strike, which has a very specific meaning in French labour law,” she said.

“But we hope that people will use their day to demonstrate in various ways their unhappiness with government policy and call for a more social and environmental transformation of the economy.”

She said it was not possible to interview any of the union's leaders about the choice to call for action  at a time when parts of the economy are still suffering from the effects of the Covid 19 lockdown, “as the extent of the movement is not known yet.”

The railway branch of the CGT, formally sent in a notification of a strike on the day, which will, under present laws, lead to the government requisitioning drivers to keep minimum services running. Based on recent major strikes it could however still hold a vote as to whether to maintain the planned strike.

A confederation of student unions has also said it will take to the streets to protest against what it says is rising poverty and precariousness, and to call for masks to be free for all college, lycée and university students.

The Fédération syndicale unitaire, which groups a number of public service unions is also joining in the day of action, saying it is fighting against job losses, for wage rises, for more public services and the for the scrapping of the government’s pension reforms.

Some teachers unions in the FSU said they will take action on the day but so far there have been no warnings to parents that schools will be closed.

An association of the long-term unemployed, Territoires Zéro Chomeur de Longue Durée, which has in the past called on the unemployed to “strike” does not seem to be joining in the 17 September demonstrations.

It is however calling for a “symbolic” strike on November 5, and has printed leaflets and posters for members to use on that day.

An unofficial website called C’est la grève (cestlagreve.fr) lists a ‘general strike’ as taking place on September 17, however its mentions légales information section shows it to be published by a sole trader involved in distance-selling in the Grand Est.

No, France really isn't beyond reform