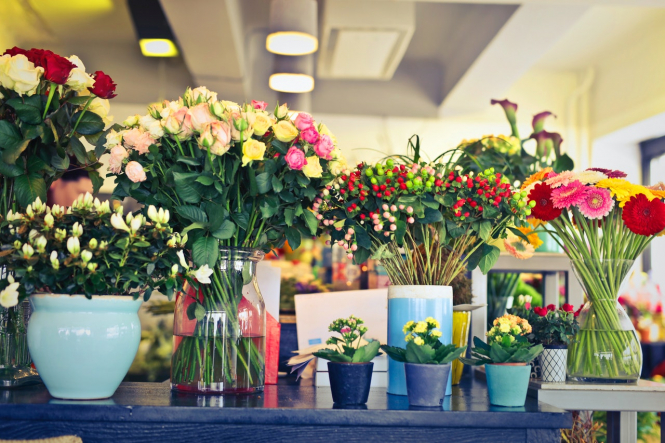 The Perpignan florist made the deliveries after her shop was forced to close, and said she "didn't want to waste" the blooms (illustration photo)
By Hannah Thompson

Healthcare workers at a hospital in Perpignan, southwest France, were pleasantly surprised this week when a local florist left bunches of flowers on their cars after her shop was forced to close due to the new lockdown.

Murielle Marcenac found herself with an excess of flower stock after all of her orders had to be cancelled or sent back due to the new lockdown rules, which closed all “non-essential” shops.

Rather than throw the blooms away, she decided instead to arrange them in bouquets and deposit them on the cars of healthcare workers at the local hospital, who are working around the clock to fight Covid-19.

She delivered 400 bouquets in total on Tuesday, November 3.

After her visit, a photo posted on Facebook shows the otherwise rather grey scene decorated with colourful arrangements.

She told news site Le HuffPost: “I had to make a decision, and I didn’t want to waste them. Rather than crying, I told myself that I should make people smile, especially right now.”

She said she had received several thank you messages from hospital staff, and added: “They have thanked me for my support and my effort, because right now it’s tough. They need it, we must support each other right now, and not succumb to anger.”

Ms Marcenac has also delivered flowers to the nearby Saint-Pierre clinic, and is planning to deliver more across the city today (November 4) and Thursday (November 5), but is keeping quiet on the location to maintain the element of surprise.

She will also make deliveries on Friday (November 6) if she still has flowers in stock, she said.

A window on the world

The blooms are not the only heartwarming initiative making headlines since the second lockdown was imposed.

Another, dubbed WindowSwap, was first launched by a Singaporean couple. It allows users to randomly access a view from windows across the world, using real-life 10-minute videos filmed by participants themselves.

The videos include sound, making them even more realistic, allowing people to “travel” and see “different views” even without leaving their home.

Users go to the website - window-swap.com - and click the button to “open a window somewhere in the world”. A video view then pops up randomly, with the location shown in the right hand corner, and the user’s name shown to the left.

A view from Toulouse, Occitanie (Window-Swap.com)

Views have come in from all over the world, including New York, Buenos Aires, Moscow, Shanghai, Tel Aviv, Mumbai, and many more beyond. There are views in the UK and France (see above for a screenshot of a view in Toulouse, Occitanie), but as they are randomly chosen you may have to click through quite a few other parts of the world before you discover them…

You can even submit your own view on the website by clicking “SUBMIT” at the bottom of the page.

Which shops can stay open during lockdown in France?