TGV ended up heading for Brittany instead of Bordeaux 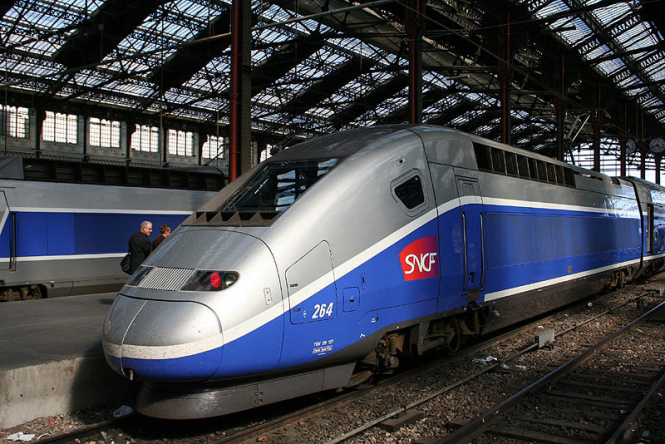 Passengers on a TGV heading to Bordeaux nearly got a chance to enjoy the Brittany countryside after a signalling error put their train on the wrong track.

The driver of the Lille-Bordeaux TGV realised the mistake when instead of continuing south towards Bordeaux the TGV switched to a new track, taking it on the new TGV Ouest line to Brittany.

The mistake happened at Massy, in Essonne, just outside Paris, but the driver was able to stop at the first station on the route and take a link that put him back on the right track, although it took about an hour.

Although passengers told reporters they had been told the train was going to turn around, SNCF Groupe press office said: “No, the driver did not reverse the train back up the line. The driver was able to stop and then take the link track to continue to Bordeaux.”

The SNCF spokeswoman added: “It was a human error. There was no safety hazard involved; it was the only train allowed in that sector at that time.”

Passengers arrived 80 minutes late after their ‘adventure’ and they are covered by the SNCF service guarantee which offers compensation if a train is more than 30 minutes late.