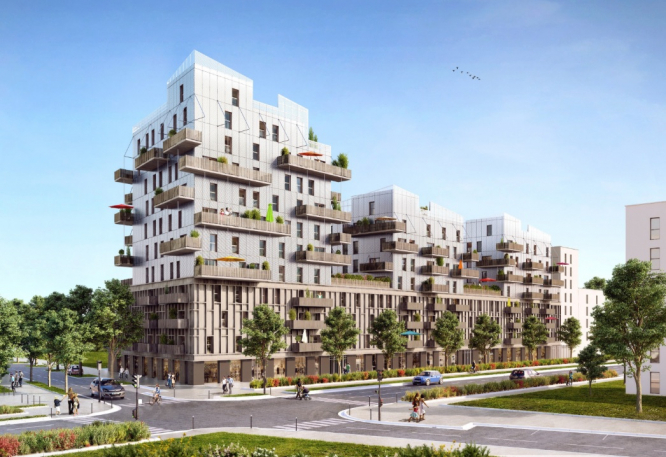 Standing at 38 metres and 11 storeys high, the building is the tallest wooden tower in the country. Located in Strasbourg, in the Deux-Rives district, it was opened officially this week, on Tuesday June 11.

Emmanuelle Wargon, secretary of State for the ecology minister, who was present at the opening, said: “We need exemplary projects in this country. This is proof that construction in wood is possible. The idea is to show an example. It is always difficult for the first buildings to get off the ground, but I hope that this method will one day become normal.”

The development is made up of three buildings in total, and is officially named “Sensations”.

The first inhabitants are set to move into the site’s 146 apartments from “next week”, estate agents Bouygues Immobilier said. Some apartments are still available, at an average cost of 3,600 per m2.

Philippe Michel, regional technical director at Bouygues Immobilier, said: “We are selling at market value here, we have not sold them for a higher price just because they are made out of wood.

“People would not be happy to pay more for the extra cost of the work, which we estimate was 20% more expensive compared to more traditional construction methods.”

The shortfall in price has been made up by the State, as part of its future investment scheme, le Programme d’Investissements d’Avenir (PIA).

Ms Wargon concluded: “This is a technical feat, but it also appears very pleasant to live in. The energy transition is real: we’re on it.”