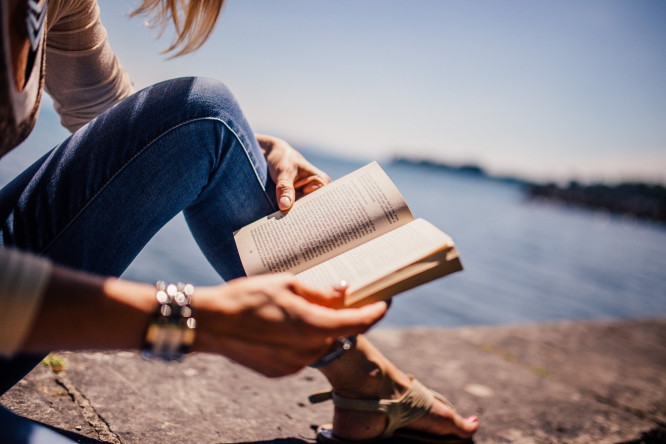 Finding the time to enjoy a good book is increasingly difficult, the survey suggests
By Connexion journalist

France remains a country of readers, but people would like to have more free time to read more.

Nine out of 10 people have read at least one book in the past 12 months, according to a study of 1,000 people by Ipsos for the National Book Centre and published ahead of this weekend’s Paris Book Fair at Porte de Versailles.

Despite a slowing of the book market in recent years, 84% of the people interviewed declare themselves keen readers of books and on average, the number of books read increased from 16 to 20 between since the last such poll in 2015.

Digital technology is changing reading habits – those surveyed said they read 17 books in print and three in digital format, compared with 14 books and two digital books in 2015.

The novel, notably the detective novel, remains the most popular genre, ahead of practical books and comics. There is also a marked increase in the reading of children's books and books on personal development.

The biggest hindrance to reading is the lack of time and 63% said they would read more if they could. If they had an extra day in the week devoted to leisure, reading would be one of the three activities favoured by the respondents, before a cultural outing, cinema or television.

Fnac is France’s largest book retailer, while chain Gibert Joseph, which started out as a stand by the Seine in 1886, now has stores around the country. It also has a website where readers can buy and sell second-hand books.

The current top 5 bestselling paperback books at FNAC are: