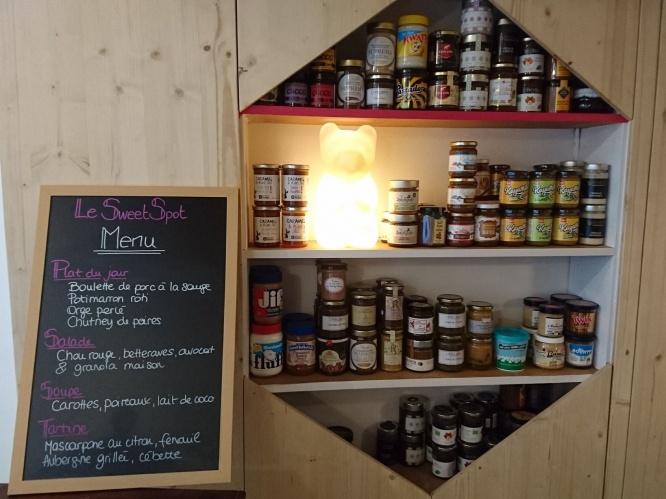 The shop, which has been dubbed the “first bar à pate à tartiner” in Lyon, was burgled this week
By Connexion journalist

The owners of Le Sweet Spot in Lyon (Rhône) found it had been burgled overnight between Monday 5 and Tuesday 6 February, and noticed that - as well as cash, money safes and an iPad - the thieves had made off with two pots of spread, one of dark chocolate, and one of caramel.

Another pot was found to have been opened and tasted, suggesting that the burglars had enjoyed a quick snack in the middle of their raid.

The shop, which closed after the incident on Tuesday, re-opened on Wednesday this week (February 7).

The owner posted on its Facebook Page in reference to the event, saying: “We are seeing this event with a philosophical eye, even if we would have preferred not to have these problems.”

The shop is the second cafe in its group, and has been dubbed the “first bar à pate à tartiner” in Lyon.

It has a stock of around 80 pots at any given time, and focuses on spreads and spiced meals, including strawberry and chocolate “jam”; “nougat creme”; homemade hazelnut spread; almond, pistachio and orange flower cream; coconut spread, and other favourites.

Its in-house kitchen also cooks main meals with similar spices and flavours, including - most recently, according to the Facebook Page - spiced lamb with couscous, a veal blanquette, and duck breast with turmeric-spiced carrot purée.