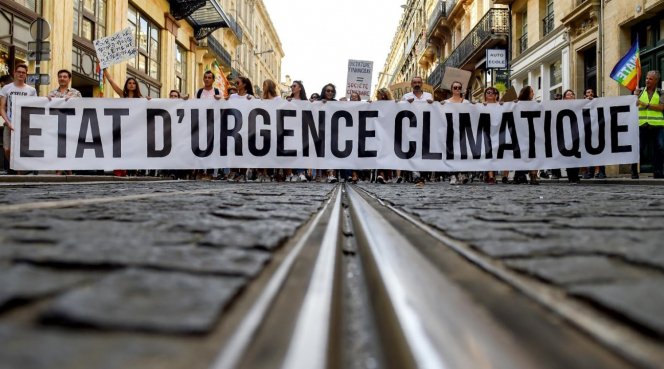 The previous march event on the issue took place on September 8, after the resignation of Nicolas Hulot, the former minister of ecological transition.

Protesters were aiming to draw attention to climate change, and call on governments to act fast and decisively to introduce ecological measures to halt the worst of the damage expected to come.

According to reports, in France, Alpine glaciers have been found to be melting three times’ quicker than normal in the years since 2003, with an average 25% loss of their usual surface area in just 12 years.

Elsewhere, storms, hurricanes and typhoons have been worsening in severity over the past 30 years; reportedly due to higher ocean temperatures; while forest fires have been increasing because of drought and dry earth.

Temperatures in the North Pole have been recorded at unprecedented high levels - as high as 6.5°C in Greenland, in February - but in Europe this year, the mercury has plunged to an unexpected -12°C.

And 2018 is predicted to be the fourth-hottest year ever on record.

The cause of such events is thought to be excess greenhouse gases in the atmosphere due to human activity, causing climate change.

This week, recommendations were released by the Intergovernmental Panel on Climate Change (IPCC) after a meeting in South Korea, saying that climate change must be kept to a temperature rise of just 1.5°C compared to pre-industrial levels, if the planet is to avoid some of the worst effects.