Three tonnes of oysters worth €20,000 stolen in south-west France 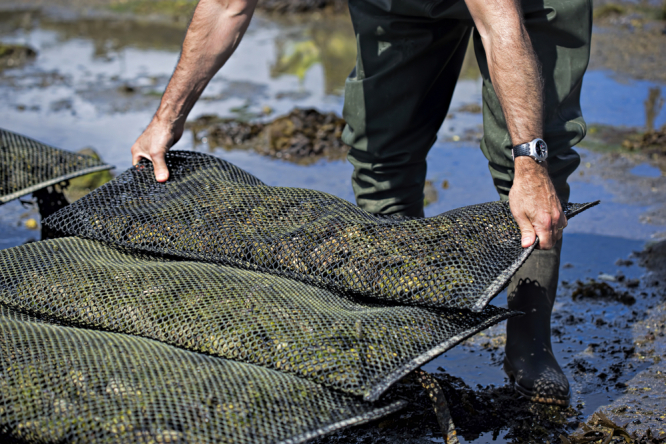 France is the biggest producer of oysters in Europe Pic: Bartosz Luczak / Shutterstock

Three tonnes of oysters that were ready to be sold have been stolen from a farm on the Île de Ré (Charente-Maritime) in south-west France, amounting to losses of around €20,000.

The theft took place between October 22 and November 4 from a farm in Loix, with the thieves able to access sites with tractors or boats.

Oysters are traditionally eaten during Christmas and end-of-year celebrations in France.

Approximately 30,000 tonnes of oysters are produced in Charente-Maritime by a thousand or so small farmers each year, which represents one third of the national production.

Thefts of the mollusks are common in the area in the run up to Christmas. This is despite the fact that oyster beds are monitored by gendarmes, who use technology such as trackers camouflaged as oysters and drones.

France is the biggest oyster producer in Europe.

A combination of unfavourable weather, the coronavirus pandemic and higher costs of oyster farming equipment has pushed up prices of the popular delicacy this year.

There has been a lack of sun and a lot of clouds since spring, contributing to a shortage in grade two and three oysters.

Oysters in France are categorised by size, on a scale of 0 to 5. Five is the smallest, and 0 the largest.

grades four, three and two are popularly eaten but this year there is a shortage of grades two and three, with producers around one month behind schedule with these types.

On top of this, equipment has become more expensive, linked to the pandemic and the global supply shortages, with plastic packaging notably increasing in price.

Professionals in the sector are expecting therefore to produce a smaller quantity of oysters this year, but with the price increases hope to have a similar financial turnover.

Recall in France over supermarket smoked salmon due to listeria risk